Joe Kaminkow....King of the Rare Games

I clicked on this designer's link because he didn't sound incredibly familiar and I was somewhat shocked to see how many games of his weren't put into production. He did have several popular ones as well so I am not trying to knock him. Also a couple were built off of Tommy but still many rare titles...

He made one of my favorites of all time Starship Troopers. They are not super easy to find, but likely not very "rare"

Yes, but you have to realize that most of those games were NEVER meant to go into real production:

Joel silver- a reskin of Star Trek made as a gift to Mr. Silver

Aaron Spelling- a reskin of LW3 made as a gift for Mr. Spelling from his wife

Kabuki- a reskin of Tommy made as a gift to the chairman of NAMCO, who was dying of cancer

Operation Desert Storm- a reskin of Checkpoint built to see what an artist who applied for a job, could do.

Also worth noting...it's not that Loch Ness wouldn't have went into production, but the company went bankrupt before it could hit the line.

Operation Desert Storm- a reskin of checkpoint built to see what an artist who applied for a job, could do.

Now that is cool trivia.

I didn't realize most were rethemed but still super rare.

I played 1 of the Michael Jordan games, His son was living outside Boston and i picked up a game from him.
He told us about some of the other games.

Thay would have been awesome!

Thay would have been awesome! 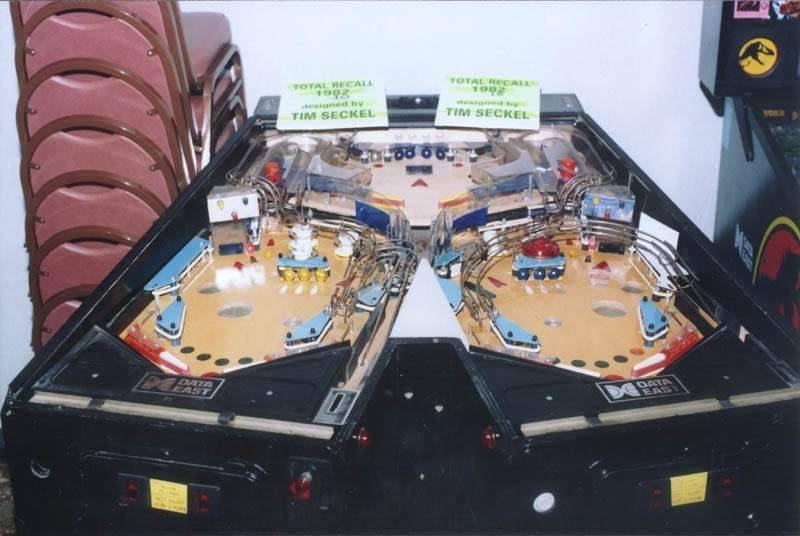 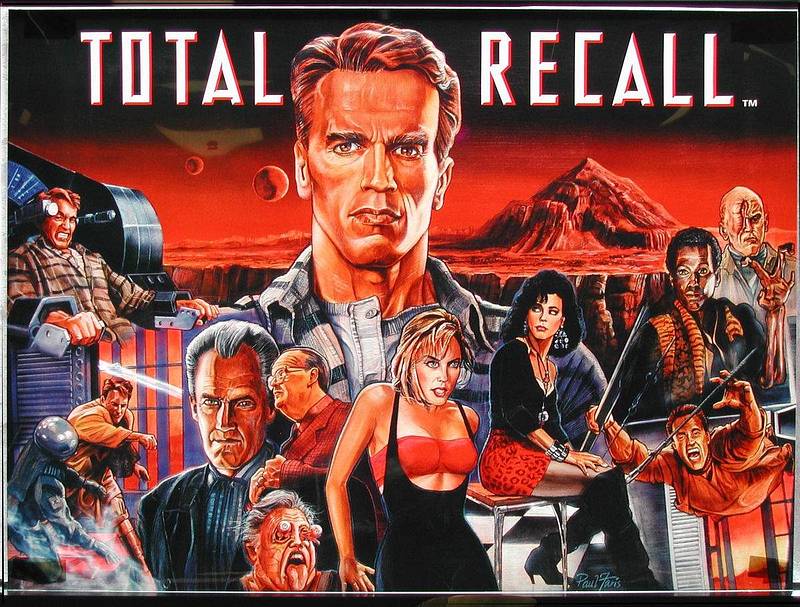 Joe K was more of an overseer than actual designer. He made the decisions regarding the license, toys, features of nearly every DE/Sega machine, but only a couple did he actually design.

He was a genius at getting great licenses, and pushing innovation where there'd normally be next to none (look at how much innovation and change was accomplished after he left Gary, ie. none for 10 years). And yes, one of his tricks of securing licenses was to give away these one-off rethemes. Loch Ness is very neat (I had a chance to buy it in the 90s) and Defender is a pretty cool game for the time. MAD I'm not sure how far they got into, but he's said they were designing it around a Rudy type head for AEN.

Not to take anything away from Joe K, but take a look at how many games John Trudeau designed that never made it.

I thought the exact same thing, you have the eye bulging guy but not her. Those are the first things I think of when I hear that title. Maybe they were going to put her on the PF?

Doesn't she have them out all the time though? That'll limit your location!

Tbh I thought the woman on the front was a stand in. Unless that's his wife? Haven't seen it in a while.

Now that is cool trivia.
I didn't realize most were rethemed but still super rare.

I head it was more of Stunt to generate buzz.

Joe was at Expo this year - and during the designer signing session, my son said to him how much he loved his games, including Tommy. Joe asked for my sons name and address.

2 weeks later in the mail he received a handwritten note thanking my son for his kind words, and 10 patches to games that Joe desgined. Class act all the way.

Nah...it's missing the most memorable thing from Total Recall.
The chick with 3 tits!

Something about yanks being prudes. A all you can eat violence buffet but no nudes please that's just obscene.

Joe was in charge of engineering, so I guess one could look at it as being "King of Rare Games" or "King of Questionable Use of Company's Resources."

Joe was in charge of engineering, so I guess one could look at it as being "King of Rare Games" or "King of Questionable Use of Company's Resources."

I don't know if that's fair. Joe did a lot with the resources he had, which dwindled more and more with every year of the 90's as Sega tightened their wallet. Nowhere near the BOM of his competition.

I don't know if that's fair. Joe did a lot with the resources he had, which dwindled more and more with every year of the 90's as Sega tightened their wallet. Nowhere near the BOM of his competition.

And nowhere near the sales of the competition either.

And nowhere near the sales of the competition either.

Well that's also unfair. Joe and Gary started their company from scratch in the late 80's and moved quite a few machines til they split at the end of the 90's, and obviously the company is still going strong today.

Williams had a 40(?) year head start on them, acquired Bally, had all the patents, all the talent, and they couldn't make it through the 90's. Doesn't matter how many machines you sell, if the BOM is high and the machines go into closeout pricing, and every designer is an overpaid diva who gets $250 a machine, then you're a leaky vessel and the end is near. Wms, and the people in charge of pinball, didn't realize this until it was too late. Probably because they were given free reign for so long, with less oversight, compared to what Joe had to work with a large Japanese parent company.

Also worth noting is Williams almost didn't make it through the 80's even! Joe was part of the team at Williams behind Space Shuttle. Williams factory was described as nearly dark when they were working on Space Shuttle, and it was a huge hit that turned the company around.

Keith's point about their lack of engineering is a valid one, as even Joe has stated one of the things that held back DE was not having better mechanical engineers. But given what he accomplished, King of Licensing, King of the Paper Napkin Sketch, etc are all more appropriate titles. I think he artfully squeezed a lot out of the resources he was given at every company he worked for.

Man, too bad that Total Recall ended up in a dumpster...

Cool Joe's only major failure was his FEC fiasco called That's Entertainment in the early to mid '80's. Even at IGT where duds outnumber successful slot machines 4 to 1; Joe's teams did really well. Now he's batting for Aristocrat Technologies in Las Vegas.

Man, too bad that Total Recall ended up in a dumpster...

There's also Arnon Milchan, which was convert of Last Action hero, but sadly only one was ever produced...
https://www.ipdb.org/showpic.pl?id=4340&picno=51660