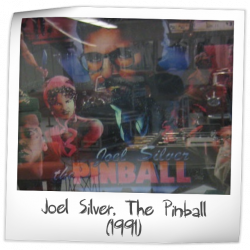 The game calculates the score in dollars! Get a high enough dollar total, so you get the chance to make another "film".