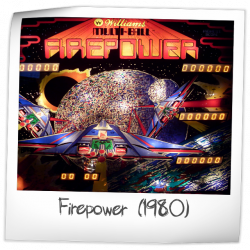 Firepower was released in February of 1980 and designed by Steve Ritchie. Firepower is the second pinball to feature speech (the first being "Gorgar"). The eleven word ability was beyond Gorgar's seven word memory. Firepower has three notable "firsts":

1) the first pinball with the "lane change" feature in which the right flipper button controlled the lit/unlit status of rollover lanes;

2) the first SS pinball to have a multiball feature. Attaining three balls in play at the same time was an uniquely attractive reward;

3) the first playfield animation. This "countdown to multiball" animation was innovative and amazing in 1980. It was also near the limit of the electronic and computational capacity of the hardware.

It ranks at #5 in the list of the most successful Flippergames of all time, with 17,410 units. 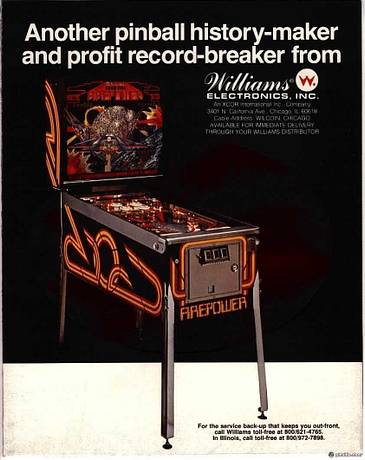 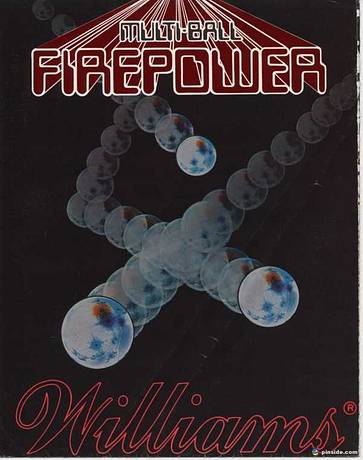 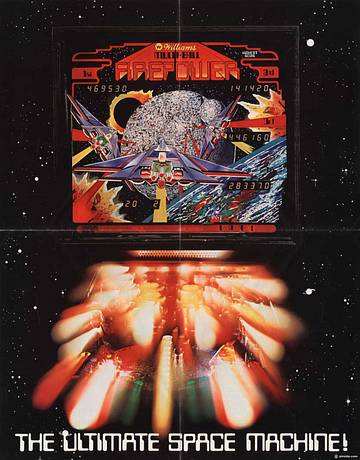 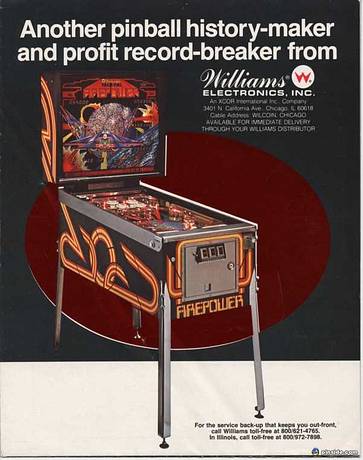 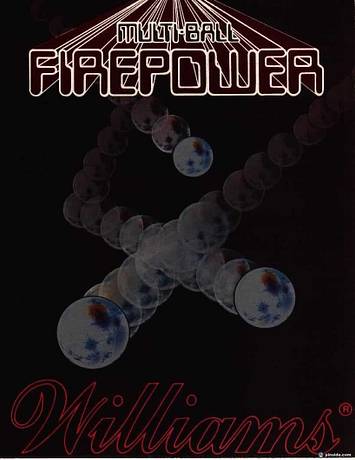 This game has received 240 approved Pinsider ratings and currently has a rating of 7.769 out of 10.

There are 133 rating comments for this game.

691 Pinsiders have this game in their collections.

340 Pinsiders have this game on their wishlist.

57 public locations known where you can play this machine.

We have seen this game for sale in the Pinside Market 68 times. The median asking price is $1,200

There are 1338 forum topics linked to this game, 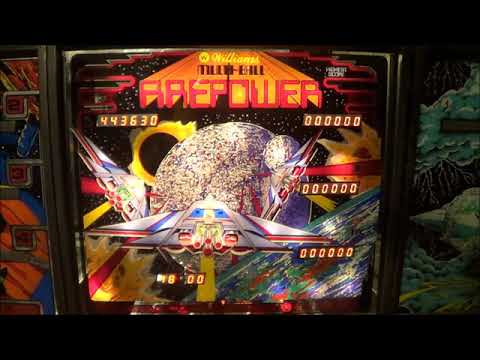