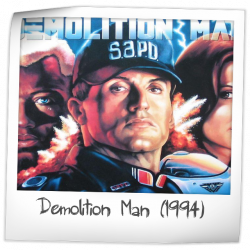 Demolition Man is a Williams pinball machine released in February 1994 and designed by game designer Dennis Nordman. The game is based on the motion picture of the same name. It is part of WMS' SuperPin line of widebody games.

Gameplay is centered around 4 multiballs, named Fortress Multiball, Museum Multiball, Wasteland Multiball, and Cryoprison Multiball. Completing all multiballs lights the Demolition Jackpot (the total of all jackpots scored in all mutiballs).

The main playfield toy is the Cryo Claw, a mechanical device that captures the ball from a right ramp shot (via a magnet) and is then user-controlled to drop the ball onto one of 5 possible awards: Start AcMag, Lock Freeze, Prison Break, Super Jets and Capture Simon. Completing the 5 awards lights "Demolition Time" a wizard mode starting at 3 balls and with a maximum of 5 balls multiball.

Demolition Man had a production run of 7019 games. 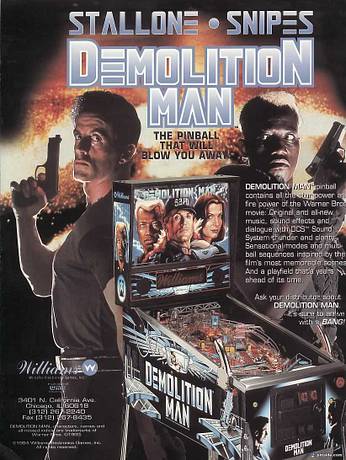 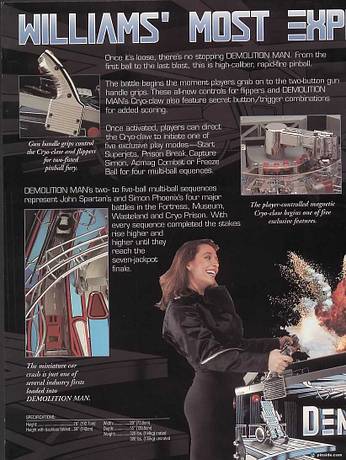 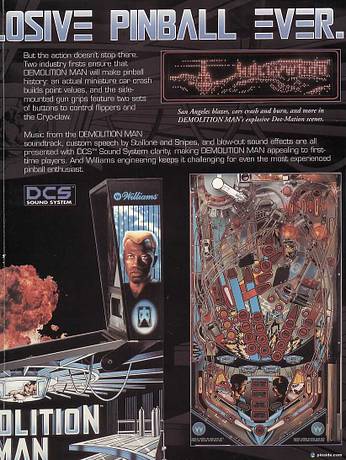 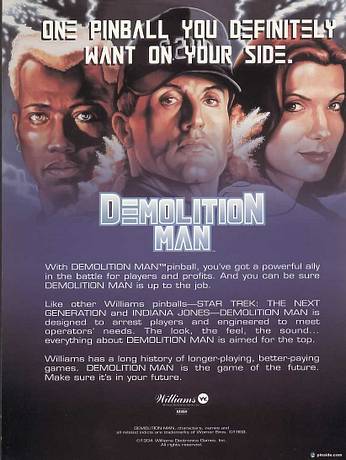 This game has received 405 approved Pinsider ratings and currently has a rating of 7.793 out of 10.

There are 214 rating comments for this game.

768 Pinsiders have this game in their collections.

399 Pinsiders have this game on their wishlist.

154 public locations known where you can play this machine.

There are currently 7 ads (related to this game) on the Pinside Market place.

We have seen this game for sale in the Pinside Market 354 times. The median asking price is $3,250

There are 1900 forum topics linked to this game, 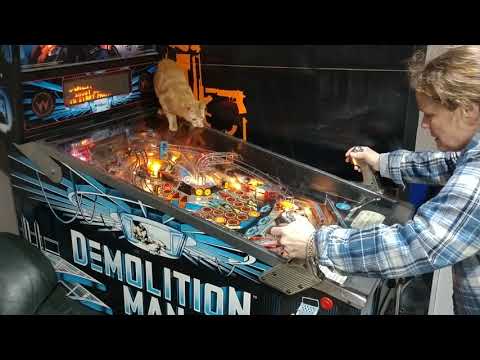