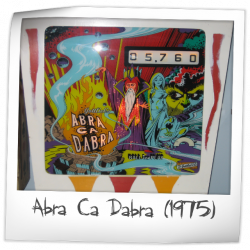 With its mysterious magic and sorcery theme and unique layout, Abra Ca Dabra is one of the most beloved games released by Gottlieb in the mid-1970s. The game features a moving lit drop target that will score an indicated bonus value, a value which is increased by completing the rollover sequence or hitting the centre target after collecting all the drop targets. The same layout appeared in Gottlieb’s soccer themed games Team One and Kicker. 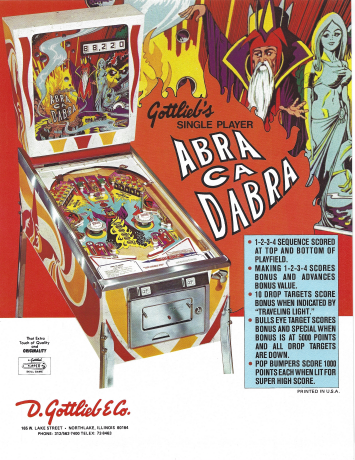 This game has received 67 approved Pinsider ratings and currently has a rating of 8.432 out of 10.

There are 42 rating comments for this game.

149 Pinsiders have this game in their collections.

119 Pinsiders have this game on their wishlist.

We have seen this game for sale in the Pinside Market 40 times. The median asking price is $1,900

There are 213 forum topics linked to this game, 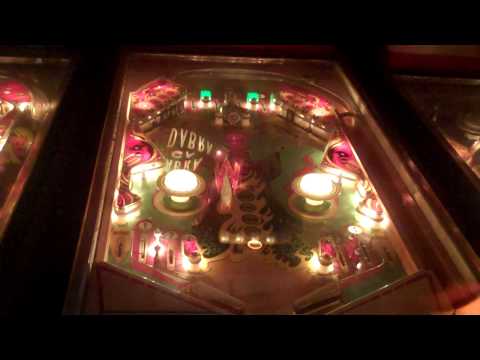