The TWIPYS Full Results and Percentages

2 key posts have been marked in this topic

Post #182 Topics and contenders for each award. Posted by pin2d (1 year ago)

You're currently viewing posts by Pinsider RyanClaytor.
Click here to go back to viewing the entire thread.

Obviously, but is that a problem and if so what's the solution? I think if you're trying to look at the TWIPY's as an empirical measurement of goodness you're doing it wrong. It's just a big happy popularity contest. If it's to be an examination of what's "best" then you have to put together some number of "experts" to decide a winner. So the choice is to be called a popularity contest or to be called a bunch of elitists. Neither situation is going to make everybody happy. If someone else wants to start another award show based on the elitist model, great! Both systems have merit, but people will complain either way.

Yeah, I understand this is a tall order I'm about to suggest, but I actually think it would be great to have both a people's choice AND an industry award for pinball. We have a people's choice in the TWIPys, but not really an Oscars of pinball. I don't believe that either are foolproof systems, but I certainly think there's room for both. However...that would require that someone have a lot of gumption and time on their hands.

Speaking of which, I honestly don't know how Jeff does everything he does. He maintained a tradition we've come to expect and appreciate when the TWIPys were in danger of lapsing, all while continuing to provide content for one of the most active news websites in our industry. Cary and Imoto did an incredible job filling some big shoes as hosts. They exceeded my expectations with their professionalism and kept a healthy pace during the ceremony so that it didn't drag on. The TWIPy committee of Steve Bowden, Joel Reeves, William Oetting, Lloyd Olsen, Zach Meny, Greg Bone, and Jeff Patterson, also did a great job of honing the awards from the prior years. What an incredibly time-consuming and thankless job for all of these volunteers. Sincerely, thank you. Each of you.

As some have stated, the TWIPys are in good fun, and while there's truth to that I think it goes beyond fun. It's important to have recognition within hobbies and industries in order to showcase the great work that people are doing within a particular area of interest. Without taking anything away from the winners, unanimous agreement with the final outcomes are impossible and somewhat beside the point. However, friendly competition is healthy and keeps status quo at bay. Someone will, one day, dethrone the current king of design, Keith Elwin. One day, the reigning ambassador and coolest cat in pinball, Jack Danger, will meet a cooler cat. And one day...one day...maybe Nick and I will give Jonathan Joosten a run for best publication.

In the meantime, keep up the great work, Jeff and co. Nick and I were so honored to be finalists for the TWIPys Favorite Publication for our work on
Coin-Op Carnival, and completely humbled to hear Jonathan's acceptance speech. That meant a lot to us, Jonathan. We're long time readers of yours, too: 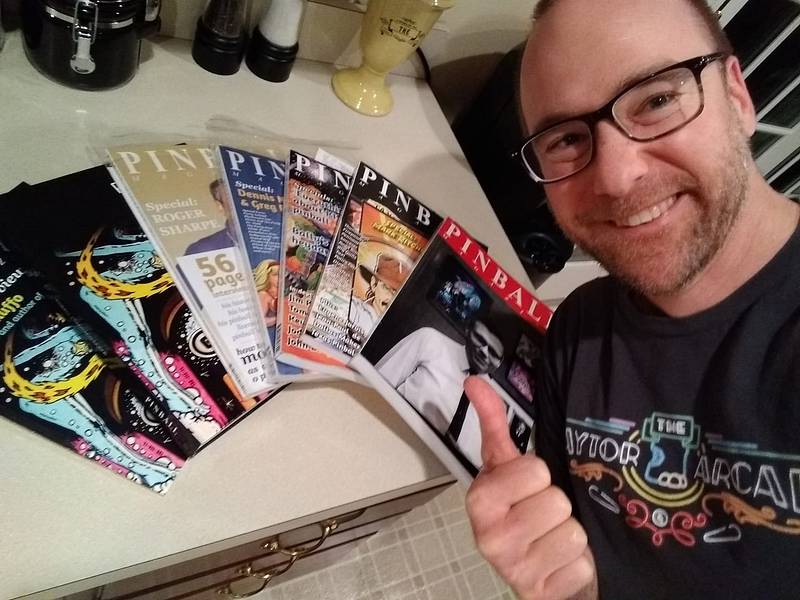 Here's to many more years of recognition and reaching for new heights, for creators, for organizers, and for voters.

You're currently viewing posts by Pinsider RyanClaytor.
Click here to go back to viewing the entire thread.