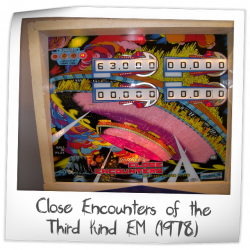 Gottlieb’s electromechanical Close Encounters of the Third Kind was based on the 1977 science-fiction film of the same name. Gottlieb had recently been purchased by Columbia Pictures, and Close Encounters represents one of the first attempts at synergy between a Columbia property and their newly acquired pinball division. A solid state version of this game was also made by Gottlieb in greater numbers. Slight differences between artwork and rules exist between the two versions to accommodate EM limitations.

28 Pinsiders have this game on their wishlist.

We have seen this game for sale in the Pinside Market 2 times. The average asking price is $750

There are 27 forum topics linked to this game, 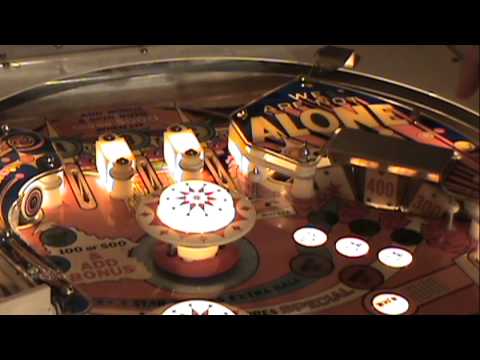