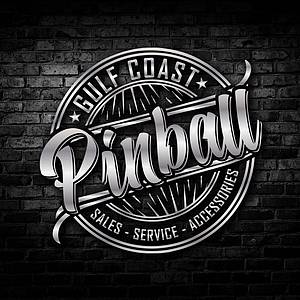 “Selling New and Used Pinball Machines/Accessories along the Gulf Coast region and across the US.”

(NIB) New in box Deadpool, designed by our EVP Product Development George Gomez and based on the fantastic comic book art that first appeared in Marvel’s 1991 “The New Mutants” #98 is now available for purchase with free shipping!

Deadpool is the “Merc with a Mouth”. He is an irreverent, disfigured and deeply disturbed mercenary and assassin who has superhuman physical prowess and accelerated healing. Pinball players battle Deadpool's iconic Marvel foes, team up with Deadpool's X-Men buddies, go on Time Travel Quests, and revel in Deadpool's irreverent attitude.

Stern chose to use comic book art rather than images from the 2 “R” rated (grown up audiences only) 2015 and 2018 movies, each grossing near $1 billion. Deadpool will appear in many more Marvel movies, remaining in the
public eye. As great as the movie images are, the comic book style art
jumps out. Now famous pinball artist Zombie Yeti made this game bright, colorful and absolutely stunning.

LCD display art matches with original animation, not lifted movie scenes.
It has the look and feel of 1980’s video fighting games. No, there is no video play mode; the LCD animation is activated by hitting targets and reflects playfield action. Barcades have introduced a large millennial population to 80’s video, and pinball, not just in America but more and more throughout the world. See the attached pictures of LCD display fight scenes, with weapons that players can collect on left and Deadpool’s Marvel character friends across the bottom.

The LE has the added features customers wanted in an LE:
- Anti-reflective playfield glass
- Mirrored backglass
- Upgraded sound system
- Illuminated Deadpool Red speaker rings
- Shaker motor
- Red metal flake side armor, hinges, legs and lockdown
- Unique LE only inside cabinet art blades
- Plus a 12 inch vinyl game soundtrack LP
Your customers will get all the above with their LE as standard.

Zombie Yeti has drawn a Pro backglass, Premium and LE backglass, with the LE having true mirror and printing on glass, and different cabinet art for the 3 models. 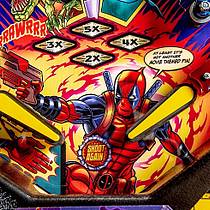 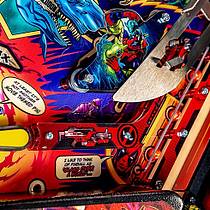 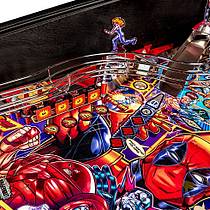 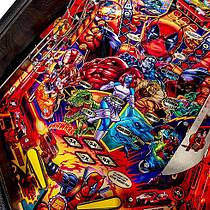 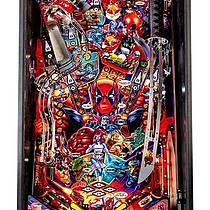 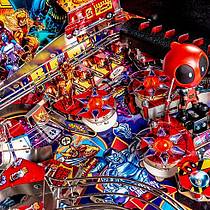 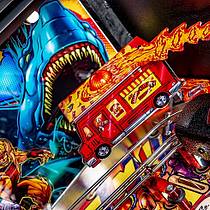 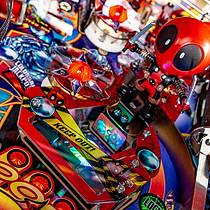 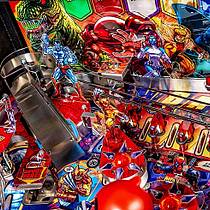 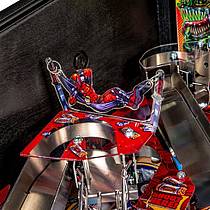 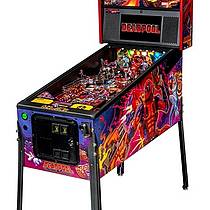 Ships for $ 450.00 This item does not ship internationally.

Click here to find other mods for Deadpool (Pro)!