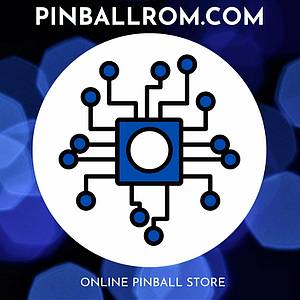 
Bangarang!!! This classic movie themed pinball machine from 1992 now plays better than ever. Newly balanced scoring. Ball Save has been fixed and is now user adjustable. Completely rewritten Left Ramp and Drop Target logic adds a whole new risk/reward challenge. Right Scoop Awards have been overhauled. Multiball jackpots have been increased for better balance. New optional Tournament Mode adjustment has been added. Previously unused voice calls and music have been added. Many, many, bug fixes. Much more!

The impetus for this v.5.01 release was to fix a bug that was discovered in v.5.00 that affected a small number of Hook machines where it would cause the display to reset when hitting a Drop Target or viewing Instant Info. Since I was releasing an update, I figured I would polish off a few more things to make Hook even better! If you are already running v.5.00, then you only need to update the CPU ROM to v.5.01 because the DISPLAY ROM is unchanged and remains v.5.00.

Changed the way the Ramp Value is displayed when hitting Drop Targets and during Instant Info to fix a display reset bug that affected a small number of games.
Rearranged Instant Info order so Bonus is directly followed by Bonus Multiplier.
Extended Attract Mode Instructions to include two extra instructions and associated flashing lamps.
Adjusted audio played during Attract Mode to better match animations.
Shoot Again insert will now flash to indicate when start-of-ball Ball Save is active.
Croc Time insert will now flash during Croc Time to indicate where to shoot.
Fast Scoring and Croc Time music have been swapped which allows the upper right flasher to flash during Croc Time.
Slightly extended pause before Croc Time score starts counting down.
Made it so Multiball Restart will be offered if the player does not hit a Jackpot and drains all balls except for one within 20 seconds instead of 12 seconds of the start of Multiball.
Fixed music at end of failed Multiball Restart to properly return to normal game music.
Made it so Match Sequence will now also play if Games Awards is set to Extra Ball. Previously this would only play if Game Awards was set to Credit.
Made it so Victory will now also play if Game Awards is set to Extra Ball. Previously this would only play if Game Awards was set to Credit.
Made it so successful Victory will award 15M instead of 8M.
Changed sound effect played for successful Victory from cuckoo sound effect to previously unused jackpot sound effect to better indicate the collection of this bonus.
Reduced G.I. OFF/ON flashing overall.
Set warning alarm at end of timers to all be consistently 2 seconds.
Made Lane Change work in both directions depending on press of Left Flipper or Right Flipper buttons.
Adjusted logic on Drop Targets to better guarantee that they will register during Pirate Town.
Adjusted Tournament Mode Pirate Town static switch count from 80 to 40 switch hits.
Removed the 20% limit on Ball 3 from Mystery Award Extra Ball Is Lit. This gives the player a path to be able to collect an Extra Ball if one has not already been collected.
Bangarang starting bonus has been increased from 5M to 25M.
Fixed bug with Bangarang where hitting Strike switch would sometimes cause the Bangarang bonus to display 5M instead of current bonus. 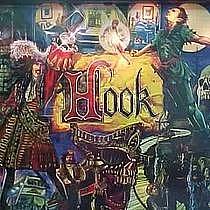