To see a gallery of images on Flickr, please vist the URL below...

Good working condition. Described as "shopped" by the person from whom I bought it, which involved removing playfield parts and cleaning/waxing the playfield surface, but it didn't involve swapping the incandescents for LEDs. (Truly, the incandescents are beautiful in their own way and I would not be in a hurry to swap them for LEDs.) I'm not an expert on what constitutes a "players'" condition pin, but I'm going to be conservative and go with players' for this pin. It looks original to me, with light playfield wear, light fading/dirt here and there, some imperfect plastics, and one chipped drop target. In short, it shows its age, but it's complete and plays well. The rubbers are said to have been replaced, but they look a bit dirty already. Playfield has two wear spots that I found: plunge lane entering playfield and left outlane/kickback. The backbox has cool-white LEDs and one color-cycling LED in the center star. Alpha-numeric displays are fine. Power supply was replaced with a more modern unit after a capacitor failed. All other boards are original. Backup battery was taken off the CPU, exhanged for three AA's, and relocated to the right wall of the box. Mirrored backglass looks great, with no peeling or significant scratches. The molded plastic "side ramp" was repaired at both of the return-lane outlets after years of ball strikes at the outlet corners. Repair is visible under close inspection but does not compromise ramp actio. (See closeup photo.) I'm not a High Speed expert, but this particular example has a playfield which is apparently rather good. Cabinent has minor scuffing on both sides and there is a significant gouge (one-layer deep) in the plywood on the right front corner, above the leg, and then another behind the leg. Neither compromises the integrity of the cabinet's jointery. Speaking of the legs, they are assumed to be original and each has good chrome and its leveling foot intact.

Gameplay appears to be fine, but as I'm not a skilled player of HS, I can't speak to every nuance of the scoring/bonuses/extra balls/jackpots/etc. The prior owner reported "no issues." In my short time with the pin, I noticed that sometimes the machine will fail to register a drain on ball two, taking a few seconds to figure things out before loading ball three. The solution to this is likely an adjustment of the position of the drain sensor in relation to the drain hole, but I have not poked around in there. Also, the 10-inch ring of triangular lights that make up the "tachometer" in the central playfield doesn't rev' when the right flipper is pressed before plunging a ball. The original volume knob, which is mounted on the left wall of the cabinet interior, is not working, but a replacement knob with finer control has been wired in to replace it and sits loose on the cabinet floor. I have not performed any real diagnostics with this pin, as I am a novice and did not study the manual to learn how to run such diagnostics before I bought the pin. I made no changes to the settings, either, but you can return them to defaults or set them as you like using the switches on the inside of the coin door. The lights and music cues and scoring are all what I remember from High Speed, so I assume things are on point, etc. You may do your own testing when/if you check it out. One pair each of the backbox and door keys are included, as is a technician's manual, a switch map, and misc. extras.

This is a very cool pin from a great era ("system-eleven") at Williams, by a designer (Steve Ritchie) who has made many great pins. It has a place in pinball history, for sure, as it is largely credited for resussitating the pinball industry after the great "crash" of '83. No less than 17,000 units were made - which is a lot! This would be a nice first, pin, too. Priced fairly but still a bargain.

Note: I will be giving priority to local buyers. I would rather wait a month to sell it to someone in the midwest than ship it immediately to some distant buyer, mostly 'cause shipping introduces many risks.

Thanks for your interest. 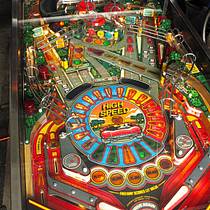 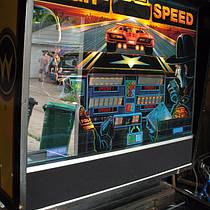 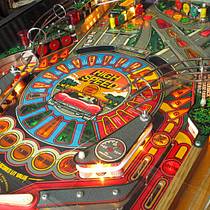 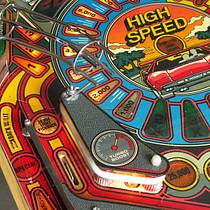 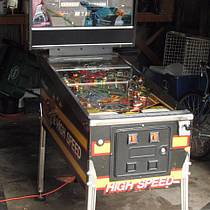 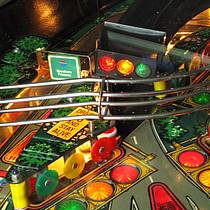 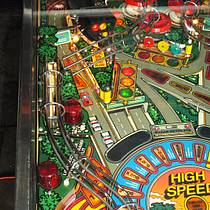 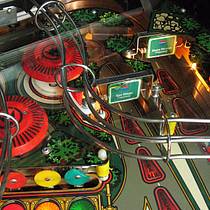 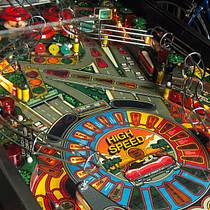 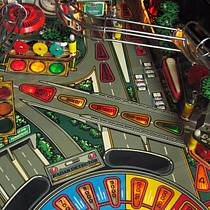 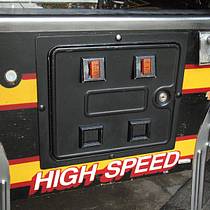 These are Jason_Jehosaphat's all time market stats.