Here is a like new Big Buck Hunter Panorama HD Wild with 42 inch LCD TV with under 20 games on it. This is the home version, doesn't have to be online. You can upgrade and add In Case of Zombies: Doe of the Dead and Duck Dynasty, as well as additional animals to hunt.
Will sale for $3800.00 cash or trade for a pin +/- cash. Some of the games I'm interested in are; Sopranos, Family Guy, CSI, 24, Nascar, LOTR, POTC, WWELE, Whoa Nellie...but let me know what you have.
Located just south of Birmingham, Alabama. Shipping available with STI/NAVL.

Manufacturer's Description.
Big Buck HD WILD transports you to the prehistoric land of the Irish Elk and the monstrous zombie takeover of Pappy’s Land, all in one update. Chase down the majestic Irish Elk and new dangerous trophy animals from 900 B.C. Enjoy three new bonus games; Wild West, Cockroaches, and Volcano! This is just the beginning with a new animal and new bonus games being released in 2016 and 2017. The update gets even more WILD with your chance to defeat the undead in In Case of Zombies: Doe of the Dead. It doesn’t stop with zombie humans, but includes zombie raccoons, chickens, deer, and even a zombie bear. Redeem buck points in the new and improved General Store and play your against friends in the improved Big Buck HD tournament system. Tournaments are revamped to include high stakes and a competitive new ranking system that allows players keep track of how they match up to buck hunters around the country. GO WILD with the new Big Buck HD Update, your trigger finger will thank you! Play Mechanix and Raw Thrills take The Big Buck Hunter series Hi Def to create Big Buck® HD, the most realistic and entertaining arcade hunting game ever created.

• Hunt North American and African game in photorealistic 1080P high definition graphics.
• Amazing hunting gameplay with unprecedented realism.
• The hunter becomes the hunted with Trophy animal challenges.
• All games are online, allowing real time head-to-head competition between players, Mini and Mega tournaments, location finder, social networking including Facebook and Twitter, all major credit and debit card acceptance.
• Two configurations: (1) 32” Dedicated with LCD fully enclosed and protected with a glass front, perfect for tight bar locations and (2) Panorama where the owner provides 1080P LCD or LED in 42”, 47” or 55”.
• New ergonomically and structurally improved Big Buck HD gun is universal design, so they can be designated by operator to green or orange.
• Online connectivity achieved by included Verizon wireless modem or Wi-Fi adapter, or by Ethernet. 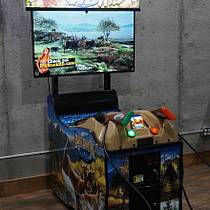 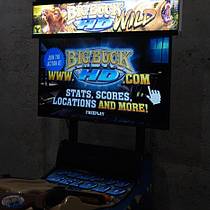 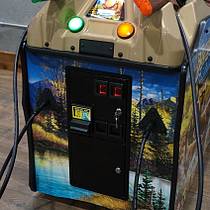 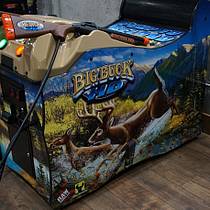 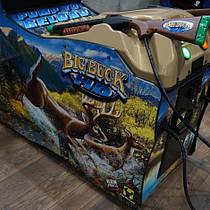 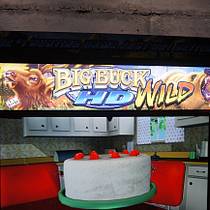 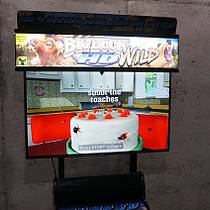 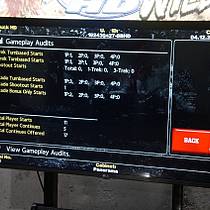 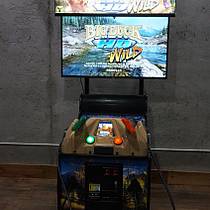 These are RebelGuitars's market stats.

Games sold last year
Total number of games sold via Pinside in the past 12 months: ≥6

Ads success ratio
The ratio of games listed vs sold: ≥0.4