This is a pretty fun and underrated game, but i'm done messing with it and need to move it on. It was fully working a month or so ago and then the upper right kicker stopped working and the sound doesnt work as well. The flashers in the head also lock on when they are plugged in. Ive tried looking into the issues but Im pretty garbage at diagnosing these gottliebs and Im tired of it taunting me.

The game was cleaned and rubbered with clear silicon rings, LEDs in the GI, and the star posts changed over to clear. It also has a new purple repro ramp.

In its former life, this game saw some water. The whole front of the cabinet was replaced, the cabinet painted, and custom vinyl art was put on the cabinet by a friend. It looks really nice now, but I just wanted to mention its damp history.

The underside of the playfield has some rusty hardware, but still functions well other than the problems stated earlier. There might be a lamp socket or two not working, but not positive.


Im willing to ship this game if you set up everything and might be able to deliver to STL or KC especially if there is a trade (+/- cash) involved. Im interested in anything not a gottlieb system 80 ;) 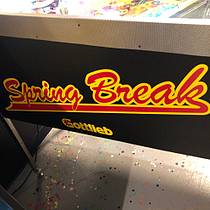 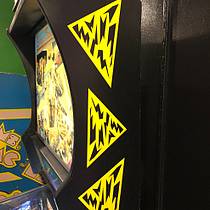 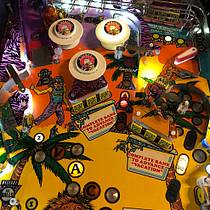 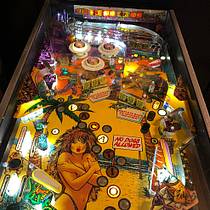 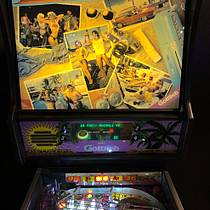 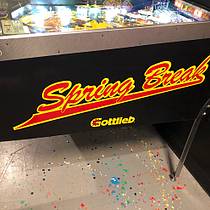 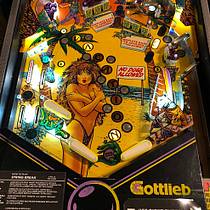 These are jdoz2's all time market stats.