Up forsale is my 2011 2 owner Tron pro. I have had the game for several years now and I'm the second owner. First owner had bought the game obviously NIB and had in his personal collection for a little while here in Vermont. He kept it in perfect shape and then he decided to put it in a little movie theater here in Vermont where it saw extreamly little use so he brought it back to his home collection up until I purchased in PHENOMENAL SHAPE!

Game still in NIB SHAPE and has VIRTUALLY NO WEAR FOR A 2011 MACHINE, no flipper button wear no start button wear, no playfieldwear, 100% plastics and ramps, I was going to post as routed but thats honestly not a good description as the machine was only in a VT movie theater for a short time and looks new, plays new, and even has that new pin smell.... Manual and goodies still stapled inside the cabinet. Includes a ton of mods installed and a bunch not installed, I'm going to offer the machine with or without the color DMD installed and deduct from cost if not desired. This game has the black chrome pop bumper mod installed, led lit recognizer installed, pinbits zen/sling/inlane plastics installed, as well as added full kit of plastic protectors not yet installed, has blue coin rejectors included, also has blue start button installed to replace stern green button, includes a great set of side art from the company out of Europe, also has vinyl speaker decal overlay, led speaker light kit and disc insert mod installed, color dmd installed as mentioned, 3d backglass, added stern service rails installed to replace shotty leg poles, game has Scoop protector from cliffy installed as well as the mantis scoop protector included but not installed, cliffy ramp protectors installed as well as shooter projector which also received mylar when taken out of box.

*Also have the vinyl 3 bank decals and stand up decals included but not installed as well as top piece of art for three bank to finish art along the top.

*Also have a set of LE NOS RAMPS AS WELL for an added cost.

There are over a thousand dollars plus in modifications to this machine along with it's incredible shape that really needs to be seen to appreciate. Most think a game from late 2011 is doomed for having seen alot of play but this machine was cleaned after each night of play and the playfield looks better than my JP premium just due to the amount of dimples that seem to occur on our newer stern machines. Also my JP has seen over 5k plays the past two years but its still like new aside from the pesky dimples stern swears have always looked this way?? Yet my TRON IS PROOF THEY HAVEN'T because dimples just don't appear like they do on the newer games.

Anyways this is A GREAT MACHINE! OBRO. 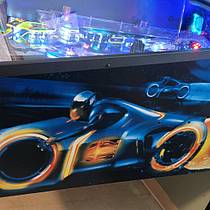 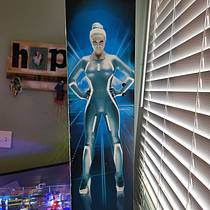 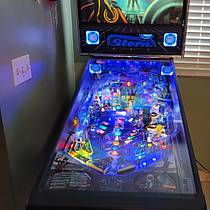 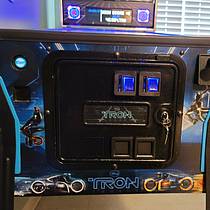 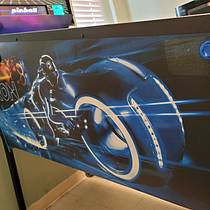 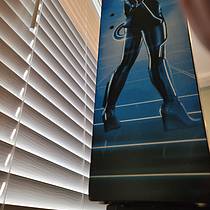 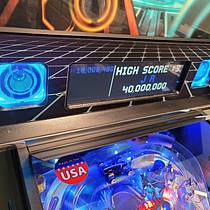 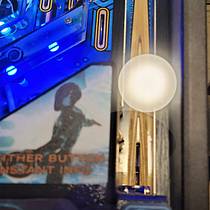 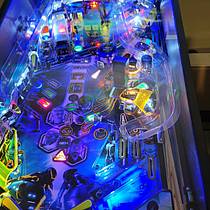 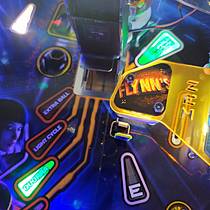 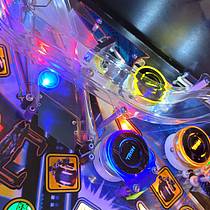 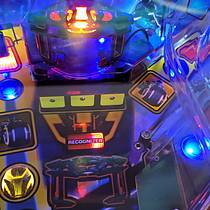 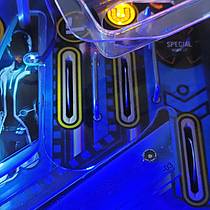 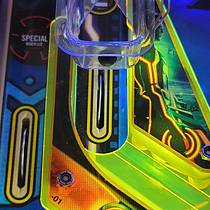 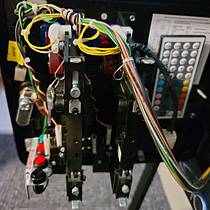 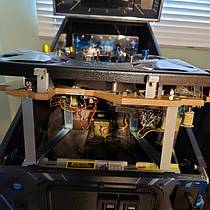 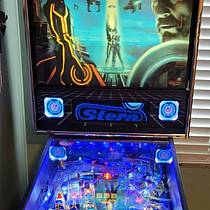 These are MUGEN_4_LIFE's all time market stats.