The Pinball Gallery is an arcade and retail store with over 80 pinball machines and a dozen arcade video machines. We've been in business since 2009, but moved in 2015 to a new 4500 sq. ft. location in Malvern that is spacious on the inside and has plenty of free parking on the outside.

Most of the games in the arcade are on free-play with admission charged to play. A few games are in a coin-play area where there is no admission charge. 100% of the coin-drop on these games is donated to the MS Society.

The Pinball Gallery also supports the pinball community by holding a monthly open pinball tournament the first Tuesday of every month.
http://www.ifpapinball.com/view_tournament.php?t=315#results

In addition, you can join a pinball league that runs for 10 weeks. There are three league seasons per year, starting in January, April, and September.

The facility is also available for private arcade parties. 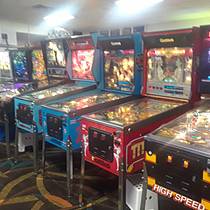 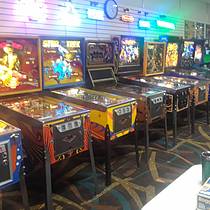 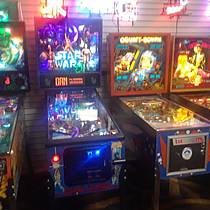 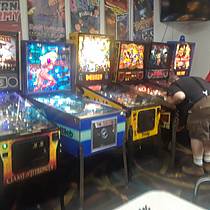 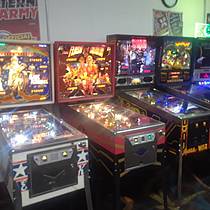 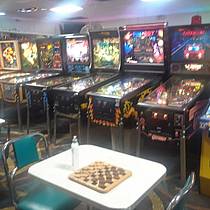 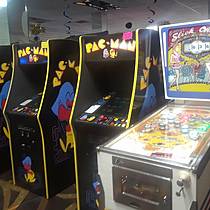 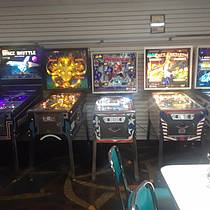 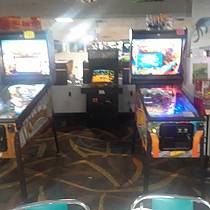 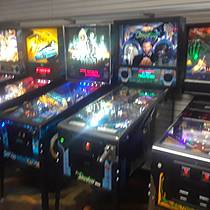 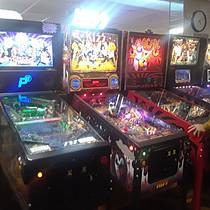 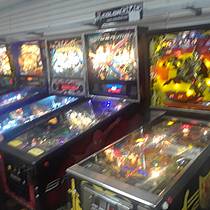 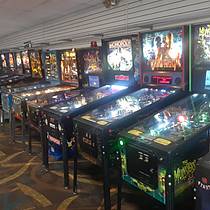 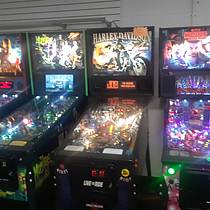 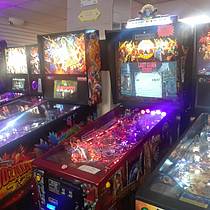 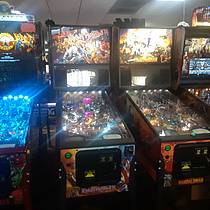 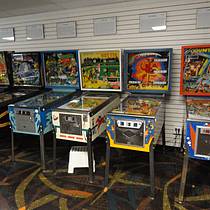 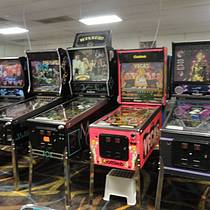 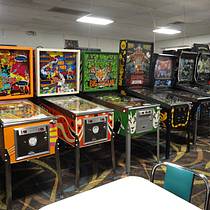 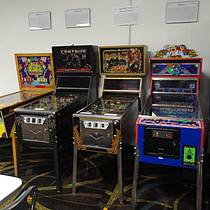 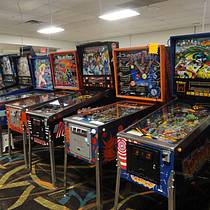 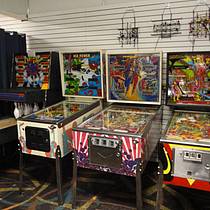 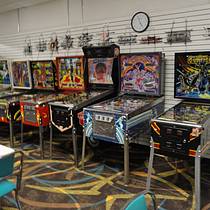 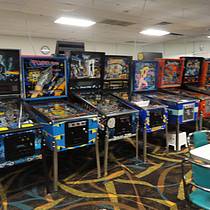 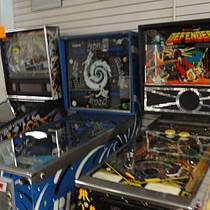 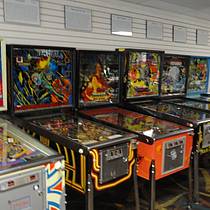 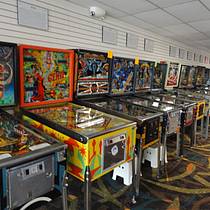 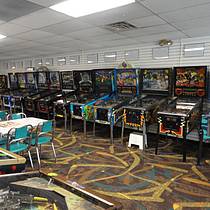 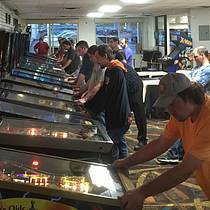 Pinball gallery is a must if you live in pa. Lol put down the computer and go now!

I have family in Birdsboro. I'm definitely hitting this place on my next visit.

My family and I did a road trip up there yesterday. No disappointments, the place was clean, as was the pins. The ice cream was good, even at 30 degrees temperature outside. We're all glad we went there. Will go again soon!

Visited Pinball Gallery while in the area. Very nice place. All machines in good condition. I spent a couple hours and a few bucks. Planning to head back soon.

Machines were in very good shape, well worth the 25 min drive from DE. Didn't see Funhouse which was a little disappointing

Visited Pinball Gallery on 10/19/2014. Machines were in very good shape. Well maintained and all in working order. The place was really clean and the staff was helpful and friendly. Two thumbs up!

All comments are from the old locations. You should come out and see the new Malvern PA location with about 4 times the space of the previous location and lots more games available for one low entry fee.

Visited here a few weeks ago. Nice family run business. Some of the floor machines are for sale as well, and we ended up buying one. The owner explained all the known issues with the machine and offered a fair price. Honest people, and very nice facility. Will return again.

Love the new location! Where else can you go to play 40+ games in a clean family friendly environment? It is always a treat to visit and play some of my favorites like funhouse, cyclone, earth shaker, Adams family and a many more. The machines are in good shape too. Highly recommend it to any pinball fan.

Nice collection of games, but they seemed dirty, slow and improperly adjusted. I set my all time record for most tilts in a single game on almost every title there. You can barely even look at the games without tilting them. Disappointing. Also, I'm really sick of JJP games that are on location being improperly setup. You gotta go directly to JJP headquarters to play one that's setup right.

Went back for another round and the games, condition and quality were much, much better than last time. I didn't tilt anything this time either. You can tell these people really care about providing a good pinball experience here and the collection changes regularly so there's always fresh titles to play. My previous review probably seemed a little harsh, I think much more highly of this place after returning.

Pretty chill place, great selection of games. Machines seem sensitive to tilting. BYOB, though they don't always advertise it - I don't think the owners care as long as you're well behaved.

Great variety of pins and nice owners..Disappointed that many games were out of order and a couple while playable did need a shop job.

Great variety of pins and nice owners..Disappointed that many games were out of order and a couple while playable did need a shop job.

i am looking to buy my first pin. went here today. great selection of pins. the list they have on pinside looks correct. a lot of good games, in good shape, is is free play by the hour or all day; BUT the best machines are NOT free play. Batman 66, Munster's, deadpool and a few more, all full price. that was not said until after they had my money and i tried to play one. they said it was for charity. i found that completely unethical. i did not ask for pricing and i will not go back.

I can confirm what Al123 said...I visited this place and thought it was awesome. I was disappointed, however, that Deadpool was not on free play/included with entry. I don't mind that, really, but I had literally no quarters or other cash on me (paid by debit card), so it really wasn't worth the trouble to me at that point despite the fact that I could have easily worked something out with the owners to pay for cash with my debit card. It's good to know that Munsters is the same way at this time. I'll make sure I have quarters when I go back...

Also, some of the machines were not working properly when I went, but there were still enough games to play that were functional to make it worth the visit and price to play. I'm sure the owners do repair the games, it's just a bit hard to do when people are actively playing them. That said, Morristown Game Vault will always be my preferred destination for gaming as the owner is meticulous about making sure that all of the games are working and all games are included with the time of play-pay rates.

I agree with the last 2 commenters, kinda sucks when you're advertised all machines are freeplay but the newest are not!!
Played a lot of other games that I never have before is the only bright spot.

I had a hard time keeping track but there were close to 100 games.

Yesterday I made an unplanned stop at Pinball gallery after figuring out it was 20 minutes away from my pinball trade. Holy crab crackers this place is awesome. It is about a 2 hour drive away from DC, but this is the best single location I have been to outside of a pinball show. Everything is set on freeplay outside of a few brand new LEs which are set on coin drop with all proceeds going to charity. I'm a huge pinball nerd and I counted 15 machines that I had never seen at any other location or at a pinball show. Of the games that were there, all but 4 were working, and the games were largely in great shape. There were a few that parts worn to wood but they were on 40 year old machines and played great mechanically. In the recent games list, they had a Heist, Legends of Vahala, Ultraman, Godzilla Prem, Elvira HOH, Rush LE, and a few others I'm forgetting. This is the only public location I've seen a Game of Thrones LE and Star Trek LE on location. Other uncommon to see in public games included Tron, Shadow and Mustang. Few of the games were Solid States and I think they had the biggest selection of relatively common early solid state game's I've seen. They also had a handful of arcades, board games, and other social activities set up. Even though I went on a Thursday evening there was a small crowd, but maybe 1 in 4 pins had someone on them. They also had a few games on the floor for sale. I didn't grab prices but Heist, Mando Pro, Trizone, and a handful of others had for sale signs on them and I think they rotate games pretty frequently.

If you are looking for a "pincation" this is a fantastic place to visit and worth the drive. I'm trying to find an excuse to bring the family up there and have a detour at this place.