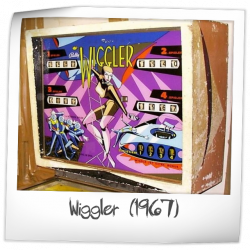 WIGGLER is the german Model of THE WIGGLER, both of them were manufactured in Summer and Autumn of 1967.

The differences are the deleted 'THE' in the Backglass, the lack of the logo 'FOUR PLAYER' and the german lettering. All Test-Samples were blue and green-coloured THE WIGGLER-Versions, the Serial-Run for both Versions had purple and pink colours. 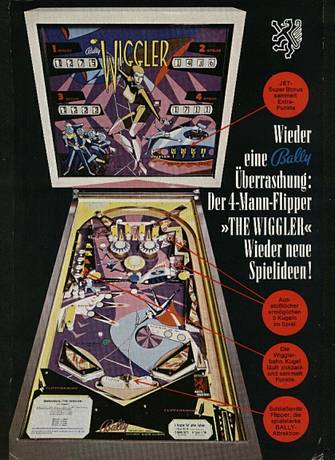 7 Pinsiders have this game in their collections.

We have seen this game for sale in the Pinside Market 2 times. The average asking price is $450 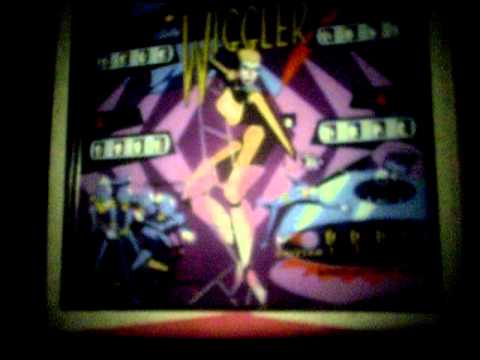