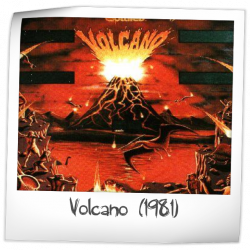 This wide body Gottlieb is typically overshadowed by the other classic Gottlieb wide body releases Black Hole and Haunted House. That is quite a shame because this game is a very fast widebody with flippers everywhere, multiball, a mini skee ball lock shot, an innovative skill shot, and the "She's gonna blow" hidden delivery mimicking a pitch n bat. Lots of value here and if you like Gottlieb wide bodies, then this one is a no brainer to add to your widebody collection since it sells for a fraction of the cost and is just as fun. I personally think it is better than Haunted House because it has more innovative ideas, speech and multiball which Haunted House lacks.
7.426/10
2 years ago
CAH

The look of this game is very stylish, with the gorgeous two-piece backglass and great PF art. Even the cabinet is done very well with the theme. This is an early 80’s game where colored (especially red) or flashing LEDs really seem to fit naturally. The rules are easy to understand and its fun to play.
7.478/10
3 years ago
TDX

"LAVA RISING" ! Yes this is a Volcano, not a pinball.

While not my favourite SYS80, I must admit that this one has some nice features (for its age).
The serie of holes - volcano system -, and the deviator at ball outlet make this machine particular, and innovative for mechanics parts. The playfield remind me the Caveman drawns and the colors / lights match very well with the theme.
7.749/10
4 years ago
DLC

Volcano I believe is the only game to have a skee ball ramp on it that I have found, I believe this feature makes it unique, the extra controls for the lights and the ball save keep you on your toes, I hope to have one someday, the 3 ball multi ball is easy to understand and achieve if your timing is good,

This is by far the fastest (older) wide body that I've played. The odd pop bumper layout combined with strong slings and crazy strong kicks makes for ball blurring lower PF at times. The top of the PF seems ho-hum unless you are accurate with your shots from the lower flippers. Getting the multiball is nice, but with the lower PF on this beast, it doesn't last long. I didn't think that this one would last long, but everyone that plays it seems to think that its a keeper.

This is one of the early "talkies" so to speak. The mono robotic voice must have seemed amazing back in 1981 - "wow, it's talking"! - unfortunately it wears thin fast in this day. Pros - the Volcano theme (with cavemen and dinos) is well executed... The glass is beautiful. However, the game is mono dimensional and slow - with only one real target (the "ski ball" Esque field, top right.). Better games from this era. Also, beware of sys80 - notoriously problematic.
7.436/10
5 years ago
DMS

Pretty fun game for the price.Odd layout and lots of surprising features for an early SS game.It goes well with my other Gottliebs.

Elevatorman has owned this game in the past.

Volcano has a lot going for it for '81: 3-ball multiball, widebody, unique skill shot, unique skee-ball feature, four(!) buttons to press, multilayer backglass, subway, and votrax voice synthesis. It is a very solid System 80 game. The backglass artwork is spectacular, and makes good use of the controlled lights.

Gameplay on this one is a little unusual, but great fun. The upper flipper is usually just a one or two shot flip, but the saucer above it and the pop bumper underneath makes it almost like a mini-playfield at the top.

The pushbutton manual kickback is a fun feature that takes skill and timing. It will frustrate you at first but with practice it becomes quite natural.

Mini-Skee-Ball and Multiball, with the associated playfield multipliers are really where its at in Volcano. Multiball is fairly easy to achieve and well rewarded.

Watch out for the ball release from the subway, though. The pitch-and-bat style flap launcher from under the playfield is erratic and sometimes is a screaming shot straight between the flippers. That same flap also sometimes mars the otherwise smooth shot up through the spinner when a ball gets hung up on the edge of the flap.

All in all, a fun game and a Gottlieb gem!

Absolutely beautiful backglass. Some cool features, skee ball, adjusting angle on shooter, 3 ball multiball. A challenging, fun game all around. Prases, lava rising, its gonna blow, throw me a scarifice, can get annoying after a while. But lava erupting in backglass is still cool. Skee ball is challenging as well as timing the left side ram to prevent losing ball. Wide body but fast moving with not a ton of open space. I'm keeping forever. Add some more red lighting to it and it stands out in the gameroom.

jesster64 has owned this game in the past.

Volcano is an unusual design in many ways. For the most part it works, but IMHO, this game would probably be better off in a larger collection or for someone who loves this vintage of Gottleib games.

The Pros:
An incredible skillshot with an oscillating launch and alternatingly lit drop targets that requires TRUE SKILL. The multiball ramp requires a powerful precision shot with timing to make the needed gobble hole. Hot lava shooting out of the volcano in the BG looks great. Left orbit to the upper flipper to shoot the drop targets is always a satisfying shot. Multiball on this game is a blast.

The Cons:
Sometimes I wonder of the upper two pop bumpers are an afterthought. For all of this game's features, it feels very strange.

The Takeaway: Caveman like pinball! I had a friend who would always taunt the game in a gorfian voice... When the deck said: Lava Rising... Mike would say: Rubberizing!
8.699/10
8 years ago
STU

great game, the voice is definetly gorf and for me it's an amazing time tunnel ride back to the glow of youth , free time and great games!!
If you can find one grab it, for a widebody it's a blast and a real fun game, may not rival the deepness of dmd , but if you like pin, you'll love the tremdous range of shots to pull off.

The additional buttons for aim of the plunge and the kickback give the game a fresh feel, and something quite unique and gives another layer of strategy and control to this big fun game!!

stuartr7 has owned this game in the past.

"It's gonna blow!!" Gotta love that robotic drone voice. Reminds me of "Gorf".

This was one of the better Gottlieb pins from this time period (in my opinion). The artwork was pretty good and the overall game play, while not too complicated, was themed well with the pin itself.
8.434/10
10 years ago
DER

Played he game all night summer long back in 1981....
1
There are 15 ratings (that include a comment) on this game. Currently showing results page 1 of 1.