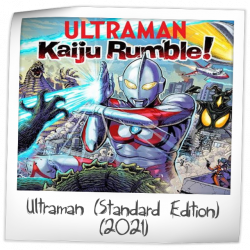 I got to play several games on this at CP Pinball in Roxanna IL (it was on loan). Overall the machine looks and sounds great. Personally, I think the theme is rather blah, but everyone can form their own opinion on that.

Unlike most new games of the last several years, there are several things on this machine that I didn't care for. Right away the "Subway Inlane Lifters" burned me, and continued to catch me off guard here and there on subsequent games. For those who are not familiar with this, when you sink a shot into any hole, the ball returns up from under the playfield into one of your inlanes right by your flippers. The problem is that the inlane is covered by a plastic and you cannot see the ball coming up. You have to listen to the sound effects to know that the ball is coming up and watch the inlane lights to see which side it is coming up on. If you don't notice that this is happening, the ball pops up and shoots right past your flipper. In a loud, arcade environment like CP, this was difficult and worst of all, annoying. It adds nothing to the gameplay accept aggravation. I have a feeling this will be a love it or hate it feature for everyone. I'm on the hate it side.

Another disappointment was the animation during the game. It provided very little guidance about what was going on and what to do. It kept showing the same grid/map thing that meant nothing. Hopefully they can clean this up with firmware revisions.

Finally, the upper playfields are a dud. These are not laid out particularly well and the middle one has only one thing to shoot for and a very tiny flipper. Upper playfields should add fun, and these definitely don't.

Overall the game is OK, and they put some effort into being different, but unfortunately these things don't add to the fun.

Ultraman / Halloween is the latest offering from Spooky pinball.

The Pros:
This is the first game I've played since Gottlieb Haunted House (1982) that has 3 playfields. The shot selection on the two miniature playfields in particular is very well done. The top playfield has a spinner! I didn't get much time on this design, but I have to say that playing multiball on three playfield simultaneously is a mind-bending pinball achievement! Skill shots and multi-ball make the most of the shots on the left hand side of the playfield as well as the standup targets between them. The lighting around the edges of the upper playfield and the colored LEDs are very well done. Integration of lights, colors and guiding the players eyes to shots that need to be made is better on this game than most spooky games in the past. The rules are laid out on the screen for the modes and multi-ball for easy player access. While still not at the refinement of games from other manufacturers, spooky keeps getting better with this with every single game that they produce. With pinball has a niche audience, spooky seems to have found it.

The Cons:
Between Ultraman and halloween, Halloween seems to have gotten the more passionate treatment between the two themes. While I love the two upper playfields, the main play field does not feel as polished in terms of gameplay. In particular, the drops to the subways under the playfield to the inland kickouts, while interesting are stalling to the flow of the game. Also, it takes a few times to learn the cues that the lights on the aliens are giving you to be ready to play pinball as the ball magically seems to appear from under the playfield at the end of the flipper.

The Takeaway:
Halloween is probably going to be the more popular selling theme between the two. For me, the left hand side of the playfield is clunky and while the ramps up the middle are easily made, I am still figuring out their function. Especially getting to the upper mini playfield. Spooky is doing more and more with each game. More toys, more shots and better clarity with game rules. Shooting this game is interesting for me. Well I really appreciate the hole to the lower left hand side of the playfield, many of the other shots that are similar to it on this game feel like they are very crowded. The amount of game that resides in the upper play fields is something that I'm going to have to learn about to be able to access them at will. However, there's a lot to work with here. I'm going to look forward to see what software / rule updates come along with this game.
1
There are 2 ratings (that include a comment) on this game. Currently showing results page 1 of 1.