Ultimate Golf Ball Frenzy was a conversion of Williams 1997 game "No Good Gofers" done by High End Pins (HEP) by order of EDS Technology (Plano, TX). The game was sold in a benefit auction at the 2007 EDS Byron Nelson Championship in Dallas, TX.

Ultimate Golf Ball Frenzy was produced in a run of 2. One was given to the OCC team on an episode of American Choppers. The other was auctioned off by the EDS on eBay. The auctioned pinball contained signatures of all of the main cast of American Chopper, as well as the PGA Tour pros playing in the EDS Byran Nelson Championship. The final bid on the pinball was $10,600. 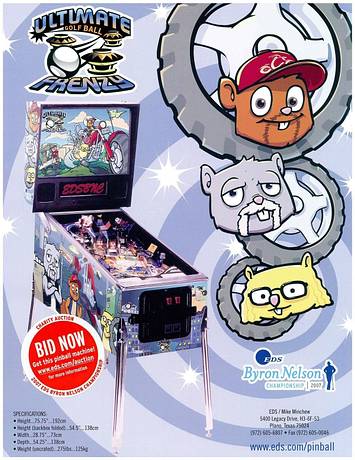 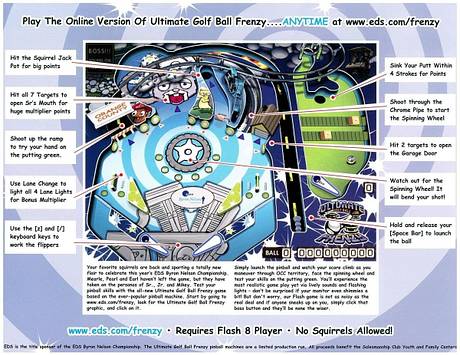 There are no forum topics linked to this game,