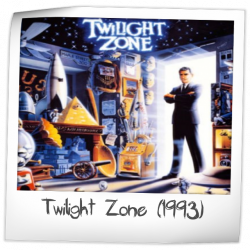 Twilight Zone is a wide-body Pinball Machine manufactured by Bally in 1993.

It is themed after the television series that was created by Rod Serling and which aired on American television from 1959-1964 originally. The game is often noted to be the game with the most patents (however Pinball Magic by Capcom has more), the most toys and the most over-cost budget in the history of pinball.

Main features include four flippers, a life-size gumball machine that locks balls inside, a mechanical clock with rotating arms, a mini playfield with invisible (magnet) flippers and a ceramic ball that is not affected by the game's two stock magnets.

Twilight Zone is one of the most popular machines amongst home owners and many modifications (mods) are sold for it, including a robot toy, a real mini television screen, a flashing camera and more! 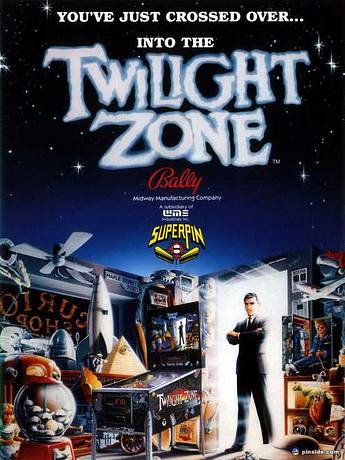 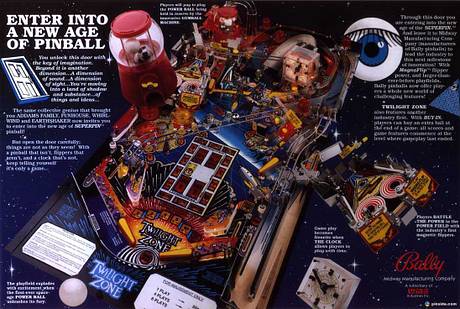 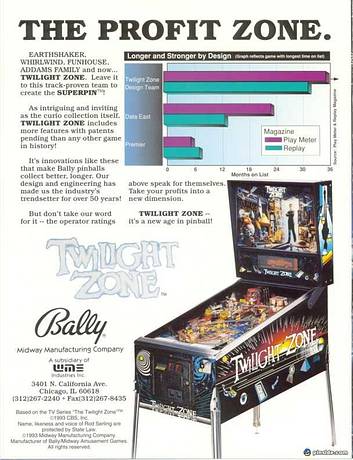 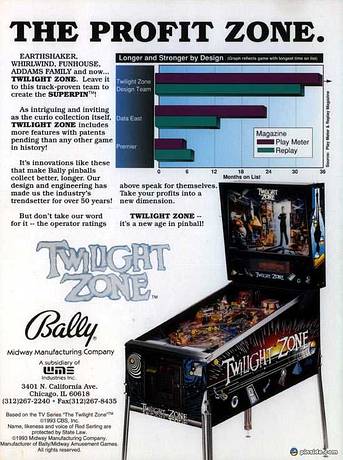 This game has received 1544 approved Pinsider ratings and currently has a rating of 8.753 out of 10.

This game ranks #8 in the Pinside Pinball Top 100.

There are 845 rating comments for this game.

2552 Pinsiders have this game in their collections.

1770 Pinsiders have this game on their wishlist.

275 public locations known where you can play this machine.

There are currently 12 ads (related to this game) on the Pinside Market place.

We have seen this game for sale in the Pinside Market 623 times. The median asking price is $8,000

There are 4965 forum topics linked to this game, 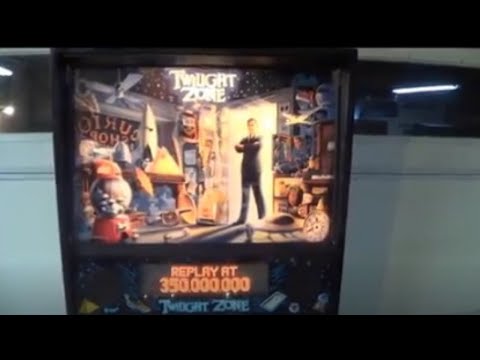