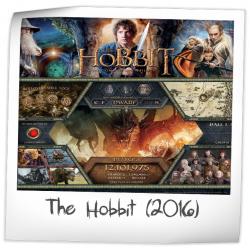 There are 284 ratings (that include a comment) on this game.
Currently showing results page 12 of 12.

Update: 1/19
I owned this machine longer than I wanted. I got bored with the layout and shots pretty quick and after the honeymoon period, I never played it. Such a beautiful machine, disappointing.

Played the latest version at the NW Pinball Show on 6/5/15. Loved it and immediately bought a spot for early production.

Thoughts:
Awesome theme and well integrated across the toys artwork and modes.
The movie clips are going to be great as the animation blends with the rest of the pin artwork.
Good mix of toys, popups, drop targets, ramps, pop bumpers, quick-timed shots, fire button and more
Overall machine quality is high, like WOZ

Of course, code is incomplete, and I scored it as such

The long game play will compliment my collection.
Cant wait!

Black_Knight edited previous rating on January 18, 2019.
Black_Knight has owned this game in the past.

I played the prototype version of this game. I was fortunate to meet up with Jersey Jack with the game at a charity Hobbit party. The game is incredible. The first thing that you will notice is the good sound quality along with the awesome graphics on the flatscreen. He did a good job with Smaug talking toy. Lots of creatures activated by outlanes popping out of the playfield. Multiball is easy to get by activated four rollovers in center of playfield. Cannot wait to run into this one again.

Update: lately I have played quite a bit of this game at a home location. Gameplay is great with quite an epic challenge. How much is too many modes? Hobbit has a severely long end game. A good game can easily last 40 minutes to an hour.

Jersey Jack really knocked it out of the park with this one. After everything they threw into the Wizard of Oz, you knew they really had a challenge to come up with something awesome - and they did.

Many people will immediately snub off and dismiss this game upon first glance. The play field has an open layout and there's not a whole lot going on in the middle to shoot at. And the two ramps in the middle might seem plain and boring, but once you get rolling and hitting them, they're actually not bad at all and help make a nice flow to the game and shot layout.

Keep in mind this was just a beta version I played, but once I got the game going and got into it, I was captivated and intrigued by how the intensity builds up as you play through it. The light and sound choreography is second to none and I don't know what they did to the display but it's incredibly sharp and ultra hi resolution. And I've never played a game with such a premium sound surround setup.

For mechanics, you know you're playing a solid Jersey Jack machine. It feels great.

There's 5 trolls in the middle of the play field that come out and try to block your shots and quick 2 ball multi ball modes with them and it really helps build up the intensity and adds extra excitement.

When compared to WOZ, it's two different games. WOZ is intricate and technical and there's a lot of different types of shots you have to make in all kinds of places. Seems more challenging in that aspect, and like it may take awhile to complete. The Hobbit is faster paced, more intense and really draws you in and keeps you coming back for more. It seems like you can really get a lot out of the game without having to spend hours figuring it out and perfecting tons of shots or being distracted with a lot of flippers.

It's difficult to describe them both, they're totally unique in their own way and both a masterpiece. They both offer something completely different, and being that Jersey Jack has 2 titles thus far, the variety is certainly a great sign of what kind of things we may be able to continue to expect out of them. Without question, they've elevated pinball to another level.