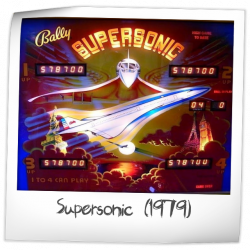 SUPERSONIC was manufactured in early 1979 and became a great success with more than 10,000 units produced.

It started life in 1976 as a 2-Player called STAR SHIP which was only manufactured as a prototype, with artwork by Christian Marche.

Kevin O'Connor did the new artwork for SUPERSONIC but the graphics on the playboard remained almost exactly the same. 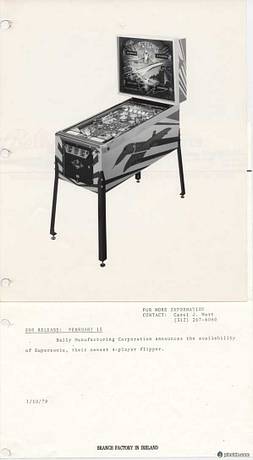 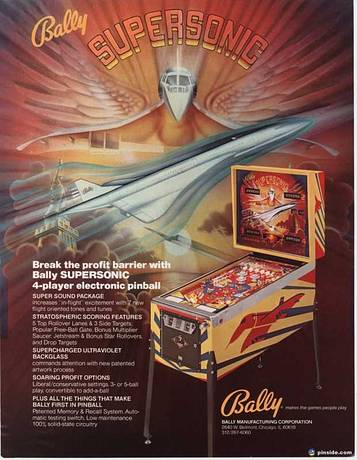 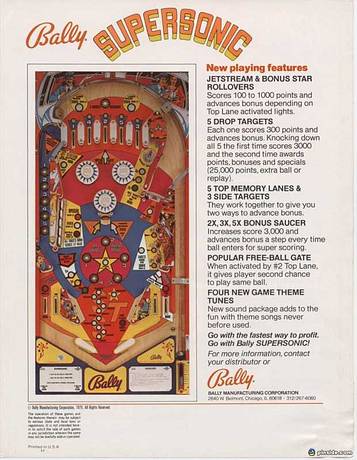 This game has received 30 approved Pinsider ratings and currently has a rating of 6.645 out of 10.

135 Pinsiders have this game in their collections.

13 public locations known where you can play this machine.

We have seen this game for sale in the Pinside Market 17 times. The median asking price is $1,000

There are 196 forum topics linked to this game, 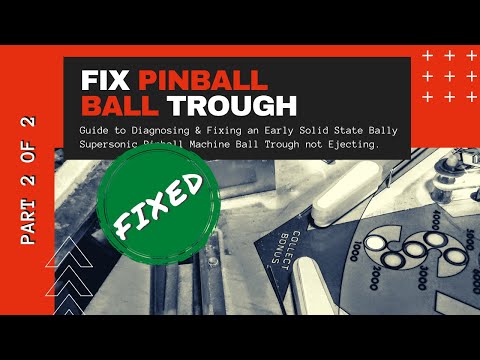