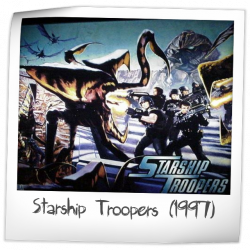 There are 78 ratings (that include a comment) on this game.
Currently showing results page 1 of 4.

One of the better SEGA's out there. Still probably not one I'd ever own, but would throw a game on it if I saw one on location.
7.468/10
5 months ago
TKM

N game for a newer player, but the seasoned collector would get bored quickly. For the price, you really can't go wrong though.

A real fun game, excellent for a few quick games to mash on. Sound can be tedious but there are a few fun callouts. Artwork is just meh. But it's smooth and flowy. Brain bug is always fun too. Video mode is kinda dumb and there is no skill involved. If you see one play it. It's kind of under the radar for most.

crassmage edited previous rating on May 25, 2020.
crassmage has owned this game in the past.

This game is a pushover. The extra flipper sounds like a cool idea but in truth, it often messes with the rest of the gameplay. Playfield artwork not really to my taste, too bland. The DMD animations are nice by 1997 standards but the sound and music is very awful. The electric guitar feels repetitive and insincere, with a lot of tracks just being plain dead inside. Not a good game overall. The game feels like it wants to be AFM so bad, like it hypes and worships the game, but falls short and cuts many corners. I do not recommend...
6.721/10
1 year ago
BAM

I don't care for most Sega pins, but this is an exception, maggot. I appreciate the optional third flipper. The bug that pops up from beneath the playfield is laughable, but honestly, so is the film. Fun to flip but not a game I would choose to own.
8.340/10
1 year ago
MOM

Way under rated game. One of Sega’s best. There is ton of stuff to do and easy to understand.

speakers are awful, sound is bad but that can be fixed. game is very fun allot of cool stuff on playfield. good game overall

quasiflannel has owned this game in the past.

I may be somewhat biased by my love for the brilliantly anti-fascist, recently-relevant-again movie. The sound isn't good (though it's okay when upgraded, the guitar-heavy soundtrack is a little repetitive), but the cheeky quotes from the movie are solid. Gameplay is good, smooth, and the bug count is a unique feature which ramps up the difficulty as you progress through the planets. Love this one!

United555 has owned this game in the past.

Another great underrated pin from the 90's and definitely Sega's best effort. Unique rules and mini flipper integration along with some great toys and magnets. Call outs and music from the movie add to the atmosphere and are laugh out loud funny. Probably doesn't have the last ability of some other games of the era but for a quick bug blast you can't go wrong!

jsyjay has owned this game in the past.

Starship troopers is a fun game it has a lot of cool toys and some of my favorite callouts. The sound is also good and I like the artwork.

My first pin, and a really fun game that I've found to have lasting power. THe music gets repetitive, but the multiballs are fun, and there are several Easter eggs. Been a great a nd durable machine, too

Nice machine of one of my most favorite movies.

Perfect theming, great toys, really nice gameplay, fast game and always fun! Like to play it again and again to beat the bugs!

Ugh. There's a reason why this table is sold so cheap and why people speak ill of Sega when it comes to pinball. Nearly everything, from the playfield art to the gameplay to the atrocious, screeching, tin-can audio (which includes an awful, looping rock song that sounds like it belongs in an eight-bit action game rather than a pinball table), is ugly. There's even a weird red flipper which really serves no purpose whatsoever and functions on a separate flipper button making the control scheme convoluted and confusing. The gameplay is relatively smooth but the rules aren't all that clear, so it's really just trial and error, hitting targets until you can figure it out for yourself and, even then, there isn't that much depth. Balls drain easy, too. Especially if the machine isn't calibrated and balanced correctly. Even the multiball is terrible, forcing you to keep four balls in play. But with a cramped playfield, it's near impossible to do so. This is another Sega failure.

I really love the theme of this game. Starship Troopers was an awesome movie & it's an awesome pin!
I really like that there are different phases of the game where you're shooting for different targets. Some games are set up where the only way to get a good amount of points is to shoot a ramp over and over again. This is not one of those games. You have to modify your gameplay to shoot for different targets depending on the point you're at in the game. It can be frustrating if you can't hit the targets that you need to in order to advance the game but very satisfying when you are able to hit those targets.
The multiball has the potential to net you a lot of points but I personally don't really like it because the big points on multiball are for the ramps & it's very difficult to shoot ramps when you have 4 balls on the playfield at one time. The good thing is that once you lose all your balls & multiball is over, gameplay reverts to normal & you can go back to shooting for specific targets to advance the gameplay.
I'll forgive this machine for the fact that it has mono sound 10 years after stereo sound was introduced to pins because it is so much fun to play. I could spend hours and hours on this pin. I'd move this one up in the rankings of top pins if I could.

I just got the game and so far I love it. It's a lot of fun. It's pretty easy to figure out the game and how to play. 4 ball multi ball, and they also have one or two other different multi ball game action. Very fun. I'll add more details when I play for a few weeks. Now, it's still pretty new to me. Great game, and great price.
6.147/10
3 years ago
RHO

Had it as a winter project as I could pick up one at a decent price. Fun to play for short period but got bored to soon. Just didn't do it for me :(

SST has great flow and plays fast. Multiballs are where it shines. The third flipper actually becomes more and more useful and fun over time. A great first pin to own! The only real negative is the sound - just not very good quality.

Great underrated game with really good flow. Relatively simple fan layout. Quality wise, these older Sega games havent aged as well as Bally/Williams games of the same era, so needs to be tweaked to be a good player. If you want to know how your new Stern will look and feel in 20 years, this is it.

cooked71 has owned this game in the past.

Such an underrated game. I can play this game for hours. I think the movie is as underrated as this machine.

paulbmathews has owned this game in the past.

This game is pure fun. You are in the middle of war against the bugs! This game takes you there if you a fan of the movie. Challenging game that requires real skill and strategy to get high scores. I like that you don't get lost with what you have to do like in some other games.

3rd flipper makes certain shots that can't easily be had with the right flipper.

Psychic video mode is fun when you get a match!

Game is a lot of fun. Found when we first played it that multi-ball was to easy and happened way to much so turned up the difficulty and it really made the game more enjoyable. The artwork is cheesy but I feel it fits the theme as the movie was cheesy too. :P The third flipper really adds a nice touch to the game and learning how to use two flippers with one hand can be challenging.

One thing I didn't like is how dark the lower half of the playfield was. They did a good job getting the upper area lit but did nothing for the lower. I have already done a mod to take care of that. Also the sound is terrible. I can easily tell it only has one speaker in the back box. That is one of the mods I will be doing in the near future. Have to have that right channel put in.

This is a game I could see keeping awhile and later wanting to trade or sell it but this was actually a purchase for my wife so I don't know if it will ever leave our home, it's not my choice. :)

Started out to be a fun game. Rules are challenging and fun. The sound is was ruined this game for me. The alien screeches drove me absolutely crazy after a short time, so I sold it. Theme is cool, and the artwork is decent. Fun game to play if you play with the volume off, but what fun is that.

Next1234
There are 78 ratings (that include a comment) on this game. Currently showing results page 1 of 4.