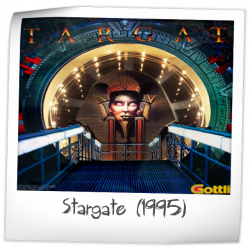 This playfield layout was designed by Ray Tanzer for Premier in 1995. Game Rules were designed by Jon Norris. The machine was based on the movie of the same name and features multiple elements based on the movie, including a unique backglass and two "Jaffa warriors" that can block orbits. The game's standout feature is a pyramid that can open up to reveal a flying glidercraft. The machine is highly regarded by movie fans and pinheads alike as one of Premier's best machines. 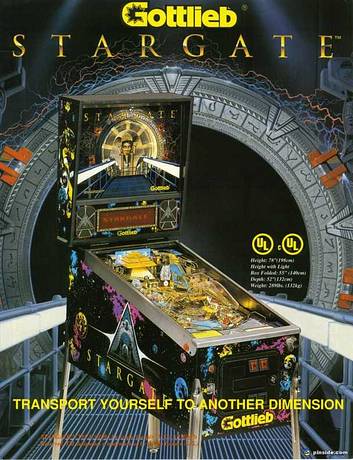 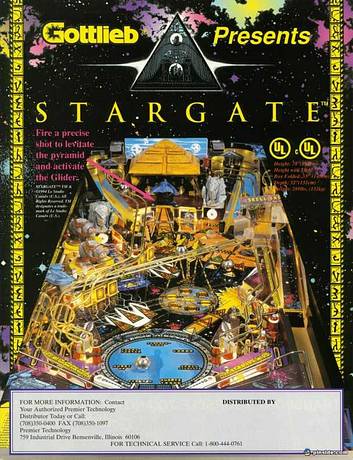 This game has received 239 approved Pinsider ratings and currently has a rating of 7.737 out of 10.

There are 125 rating comments for this game.

371 Pinsiders have this game in their collections.

412 Pinsiders have this game on their wishlist.

44 public locations known where you can play this machine.

We have seen this game for sale in the Pinside Market 90 times. The median asking price is $2,875

There are 773 forum topics linked to this game, 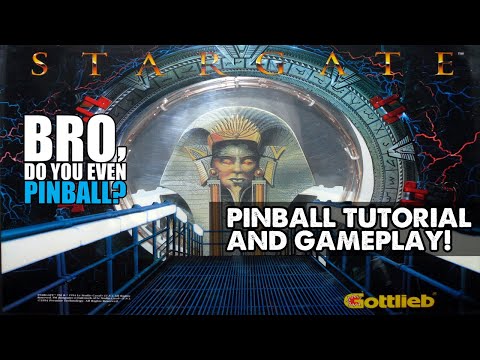