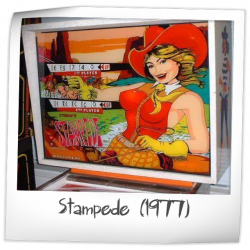 STERN's STAMPEDE was produced from February to April. The 1100 units may include the Chicago Coin-models, too. 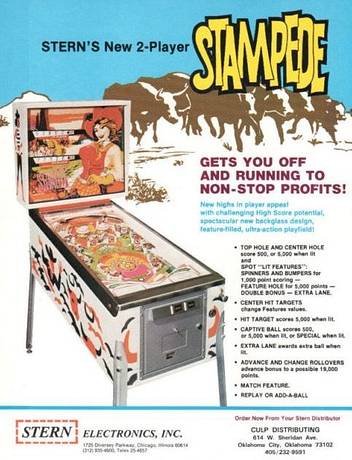 26 Pinsiders have this game in their collections.

11 Pinsiders have this game on their wishlist.

We have seen this game for sale in the Pinside Market 2 times. The average asking price is $475

There are 48 forum topics linked to this game,