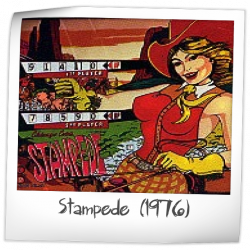 The Stern-production run (1100 units) may include the Chicago Coin-versions too.