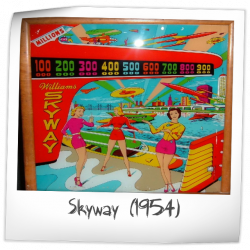 William's 1954 Skyway has a lot of interesting features, starting with it's a one-flipper machine! It also features a ramp, which is very rare for a 50's woodrail. The ramp guides balls to a row of four saucers and a gobble hole which returns balls to shooter. (See also Williams Thunderbird). Lots of credits can be won with this game. The winner of multiple free games would often ask the proprietor to pay him for the games remaining and after payment, the proprietor would use a hidden "knock-off" switch to remove the remaining credits. 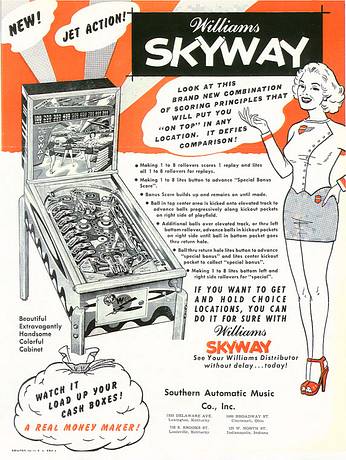 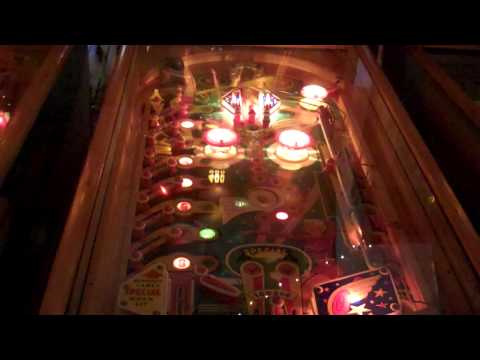