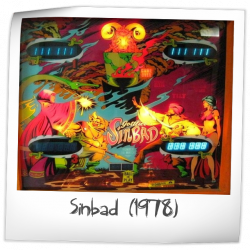 Gottlieb’s Sinbad was the company’s second solid state game, and was loosely based on Columbia Pictures’ 1977 feature film “Sinbad and the Eye of the Tiger”. Gottlieb had recently been purchased by Columbia Pictures, and Sinbad represents one of the first attempts at synergy between a Columbia property and their newly acquired pinball division. The four banks of drop targets in the game are tied in with the bonus ladder, the bonus multipliers and the top rollover lanes. Two- and four-player electromechanical versions of the game were made, titled Sinbad and Eye of the Tiger respectively. Slight differences in artwork and rules exist between the EM and solid state versions to accommodate EM limitations. 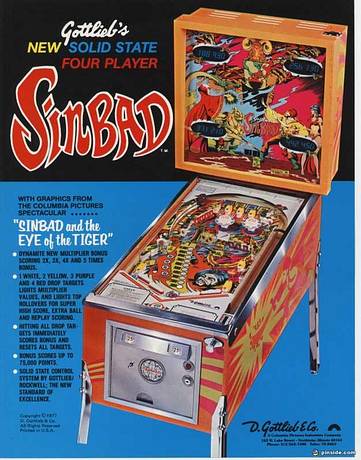 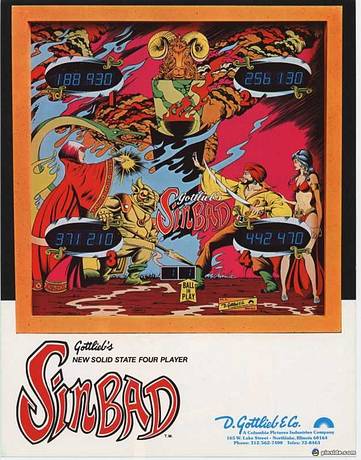 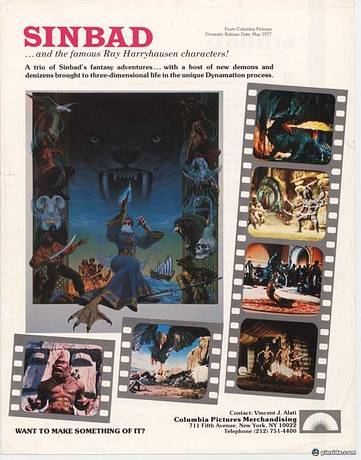 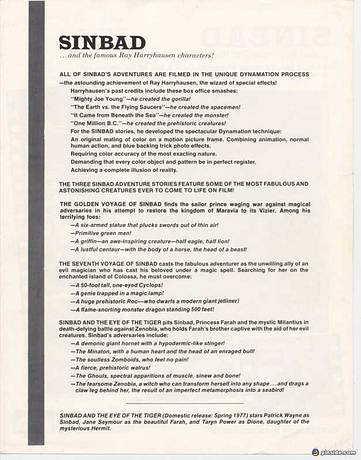 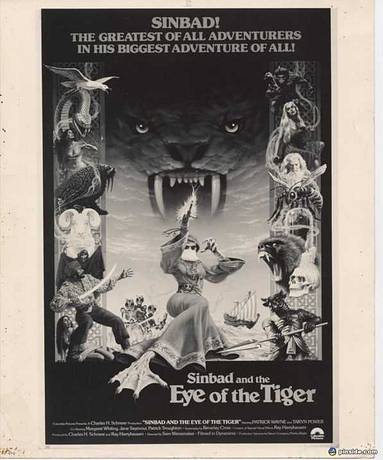 This game has received 60 approved Pinsider ratings and currently has a rating of 7.198 out of 10.

There are 37 rating comments for this game.

226 Pinsiders have this game in their collections.

27 public locations known where you can play this machine.

We have seen this game for sale in the Pinside Market 33 times. The median asking price is $900

There are 309 forum topics linked to this game, 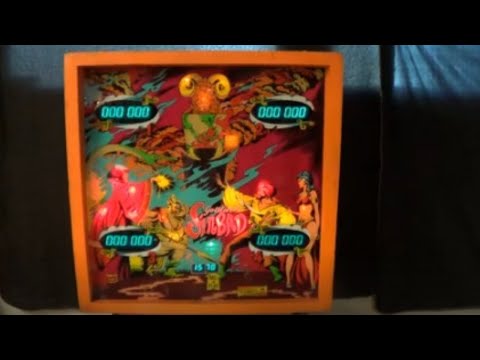