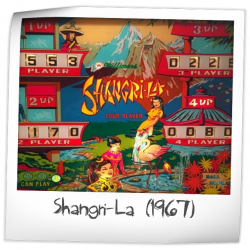 SHANGRI-LA was the very first pinball-artwork of Christian Marche in 1965 when he joined Ad-Posters of Chicago.

4,900 units were manufactured, and SHANGRI-LA ranks #5 of the most-produced machines from the 1960's. 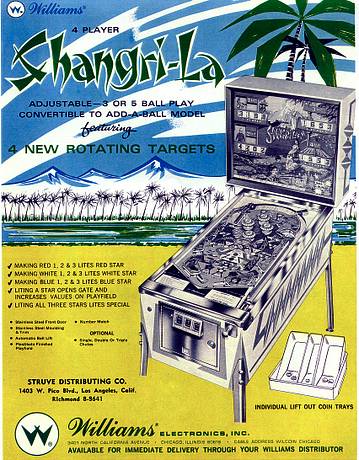 This game has received 10 approved Pinsider ratings and currently has a rating of 7.876 out of 10.

32 Pinsiders have this game in their collections.

14 Pinsiders have this game on their wishlist.

We have seen this game for sale in the Pinside Market 4 times. The median asking price is $0

There are 47 forum topics linked to this game,