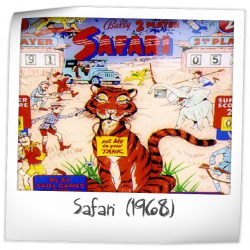 Bally's SAFARI was designed in late 1966 and the release was planned in early 1967 but due to the immense success of CAPERSVILLE which was manufactured from December 1966 to July 1967 the production of SAFARI was put on delay.

The early Sample-Games had the old-style Cabinet (long grey 77cm Legs, Coin-Door with large frame and no Coin-Insert-Lights, different Pedestal and Slide-out-Glass) but the Serial-Run got the newly developed Cabinet with the new black Coin-Door, shorter 71cm black Legs, wide Pedestal and the Lift-up-Frame for the Playfield-Glass.

The first Sample-Games were released in December 1966,

Serial-Production was in May of 1968. 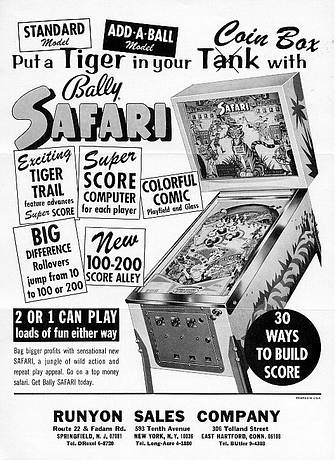 This game has received 5 approved Pinsider ratings and currently has a rating of 7.013 out of 10.

24 Pinsiders have this game in their collections.

We have seen this game for sale in the Pinside Market 5 times. The median asking price is $1,100

There are 29 forum topics linked to this game, 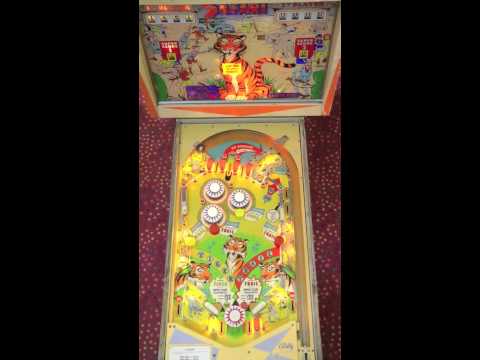