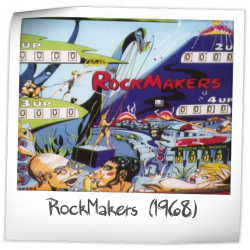 ROCKMAKERS was designed in November of 1967 and produced in August and September of 1968.

The blonde Girl was a Friend of JKK and she can also be seen on GATOR/ALLIGATOR.

ROCKMAKERS was depicted on Bally's CHAMP from 1974 by Artist Christian Marche along with other Kelley-Designs. 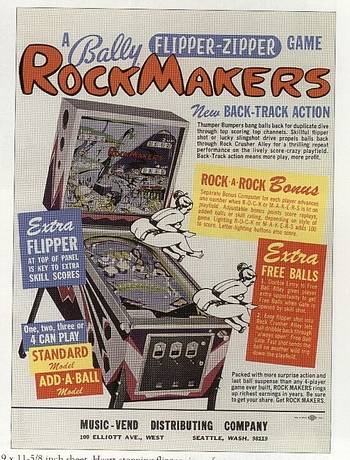 12 Pinsiders have this game in their collections.

We have seen this game for sale in the Pinside Market 2 times. The average asking price is $763

There are 28 forum topics linked to this game, 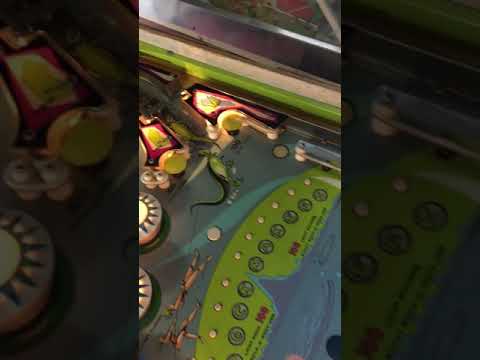