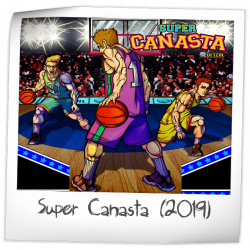 Quetzal was asked by Bitronic (a Spanish slot machine and coin-op manufacturer) to design a modern looking game, but also one that required minimal maintenance in order to appeal to operators. It is interesting to note that this resulted in the absence of both pop-bumpers and drop targets.

The prototype was shown at the 2019 Pinball Expo.

Manufacturing of the game was planned for the end of 2019 at the Bitronic facility in Murcia, Spain and was going to be priced at €4,200.

"Super Canasta" is the third in a series of Spanish basketball games, following the games "Canasta 86" and "New Canasta". "Canasta" is the Spanish word for basket. However, the word "Canasta" in English-speaking areas is more well known as a card game, rather than associated with basketball. At some point after Pinball Expo, the name of the game was changed on their website to "Super Hoop". 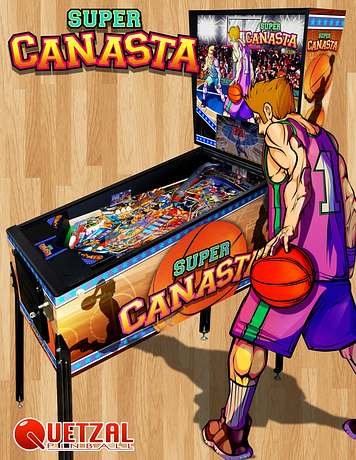 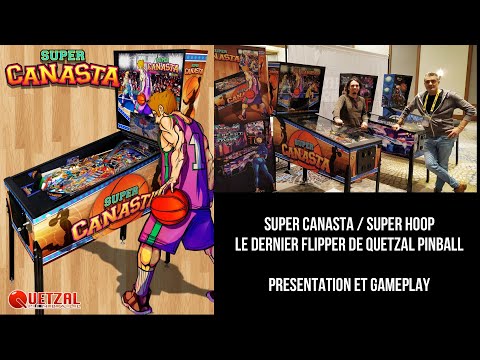