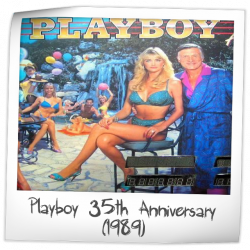 This game has received 28 approved Pinsider ratings. 2 more approved ratings are needed to get a rating and for it to be eligible for the Pinside Pinball Top 100 ranking.

Yikes, definitely the worst of the bunch by a long shot. The model I played did have a weak left flipper, but all shots were makeable.

Pro’s:
Playfield art is decent, and the cabinet art is tolerable.
Playfield layout itself isn’t the worst I have seen.

Cons:
The repetition on this game is horrible. Just lock 1, lock 2, left ramp, and then both ramps all day, making there no reason to go for anything else, though there really is little else.
Champaign kick out is stupid, as it’s essentially a free left ramp shot. This was done much better in Banzai Run.
Backglass art is just bad, not cheesy bad like on a game such as Torpedo Alley, just bad.
Playfield design is still not that great, with little satisfaction.
Game has opposite effect that it should: I played it a couple more times only because no other games were open (I played this at an expo) but quickly stayed away from the game after the second or third game. That may be a low amount of mileage to form an opinion, but considering I was able to figure out the game that quickly, I would doubt my opinion would change in the end.

In conclusion, this game is just lousy. If you are going to play one of the playboy games, stick with the Bally or Stern one. This one is just poor and almost falls into the same league as games like Thunderbirds, Raven and Hercules.
7.101/10
1 year ago
MSS

Pretty neat pin.
Wasn’t a fan the first couple of games I played. But all it took was the 3rd or 4th game, started to get a feel for the game and got hooked. The moaning does get a bit old but it’s a playboy!

This one is hard to rate.

The gameplay is surprisingly fun. The game has a few "hurry up" timers that makes things interesting. The double ramp shot is always a pleasure and if the champagne popper is set right will make the left ramp shot for you which is a satisfying way to start the 3 ball multi-ball. Making the jackpot ramp shot during multi-ball can be challenging. The classic Pacman and Galaga video game noises the poppers make will tweak your nostalgia button. The light show with LED inserts and flashers is very entertaining. Sweeping the drops is a satisfying achievement which the game even recognizes.

The bad- The center standups don't seem to be worth the risk shooting at. Some of the sound effects are lackluster like the spinner. I know you are working with a Playboy theme and that is a shallow pool indeed but the overall game sound package is a rare misfire for Data East. The playfield art is just ok and I find the backglass with creepy Hef just "eh" It makes Laser War look good.

It is a backglass where less would have been more.

For Data East gameplay, it is better than Hook and maybe even better than LW3. I'll revisit this review in a few weeks and see if I still feel the same way.

Edit: My rating grade stands but had to add if you remove the mylar on the lower playfield the game does increase in the entertainment factor. I'm now able to backhand up the ramp from the right flipper and the ball speed is notably faster. On this title the mylar tends to ripple and it slows the ball down a lot more than I thought it would.

Wasnt a game i was actually looking to get, but when the great deal came around I took it. Game play at first was kinda ehh... but the more I play it...the more im actually liking it. It is a basic rule set, but has its share of challenges. Game actually has a good variety of shots. 2 ramps, tons of standups, drop target bank, 2 VUKs, and slingshot based ball launch. When you think about it they packed a lot into this playfield.

What hurts it..... the art! The playfield is decent, but that backglass might be in the top 10 all time worst. I cant wait to get my custom replacement.

Update, Got my custon traslite installed and it TOTALLY changes the look of the game. Its perfect for the game.

Pb35th... Hummm it's let's say an acquired taste... In today's PC world a bit of an anachronism.. A aalute to a time that as past... Once cleaned up its plays fast and loose... (pun intended)... Not a hard pin just a fun pin... Few beers few boys few gals... Lots of laughter

Simple game with annoying and repetitive sounds. I’m a sucker for DE so that is the only reason my rating is so “high”. Music isn’t horrible. Art is pretty bad and so are the rules.
6.827/10
4 years ago
RHO

I've taken some heat amongst friends for admitting to "liking" this game. While it doesn't compare to the aura of the Bally original, Data East offers a simplistic and fun Playboy game that can draw in beginners. The game is simple, the shots are easy to make and the rules aren't complex. Like many of these early Data East games, they've just got something about them that makes them fun to shoot. The champagne popper shot is a crowd pleaser. The game sounds and looks terrific. Great for a casual flip in a large collection.
5.059/10
5 years ago
???

This is the best out of the Playboy machines but it lacked depth and the game seems easy. I'm a huge fan of William Pins but this was one that doesn't rank high in my book.

This game doesn't compare to its predecessor. Its not as fun or charming. However, given its age, it has pretty good sound.
8.824/10
7 years ago
DAN

Typical Data East from this time period but a few things set it apart.

1. The Artwork. Usually "real" pictures on a backglass just don't work. This one does...and Granny is still in the grotto!

2. Fantastic Sound. Up there with Time Machine. Digital sound comes through great and having Heff do some voice overs makes it a step above the rest.

3. A bit of a deeper ruleset. NOT VERY DEEP. But considering the other DE games of the time there is some strategy here.

The game is not challenging. You can crush ramps. I'd like to see a pro play it. My guess is they would burn the coils the games would last so long. If this was the only game you owned it would get old. In a big collection it is nice.

Comparative to the other playboy pins (I have owned them all).

They all have their place in pinball. You should give it a try if you ever see it and appreciate it for what it is, a tribute to Hugh Heffner.

BeaverBrewing has owned this game in the past.

Not a bad game, main goal is multiball and shoot ramps. callouts are good for the theme.

asrtiv1 has owned this game in the past.

DE Playboy is one of their better games from this era. That's still not saying much compared to the B/W offerings of 1989. And this was not a great year for pinball designs from Williams...

The Pros:
An incredible theme and a good PF design. Granny McFanny is in the grotto!

The Cons:
Rules that are high on the boredom factor. Wide ramps make this game a breeze.

The best Playboy game of the 3.
1
There are 13 ratings (that include a comment) on this game. Currently showing results page 1 of 1.