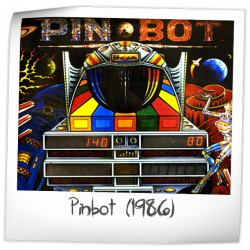 Pin•Bot was made between October 1986 and February 1987 and sold 12,001 units. Created by Barry Oursler, and Python Anghelo, along with Bill Pfutzenreuter, Chris Granner, Bill Parod, and Joe Joos Jr.

This was the first machine ever that had the entire development team credited on the game (and all were paid sales commissions), at Python Anghelo’s insistence.

The game uses the Williams System 11A MPU and features a flashing light topper bar that was frequently removed or disabled by operators.

The voice of Pin•Bot is performed by Barry Oursler. 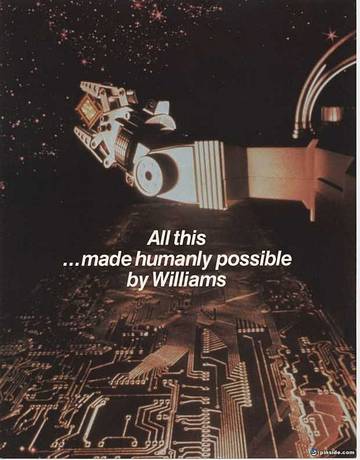 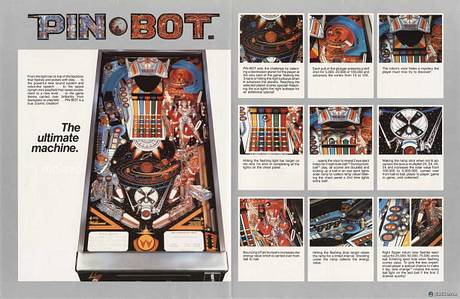 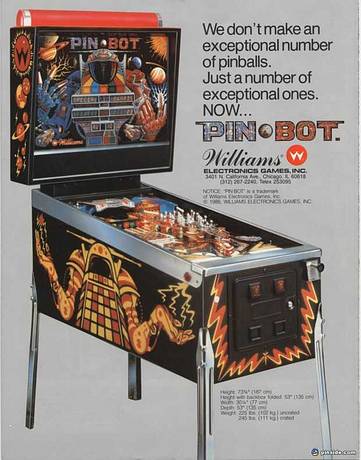 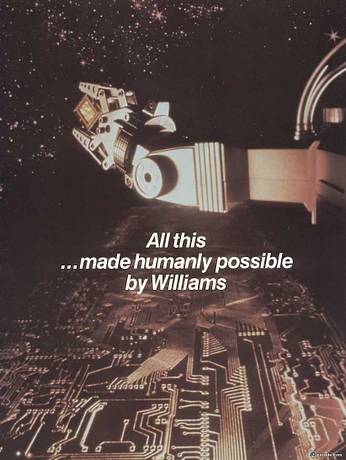 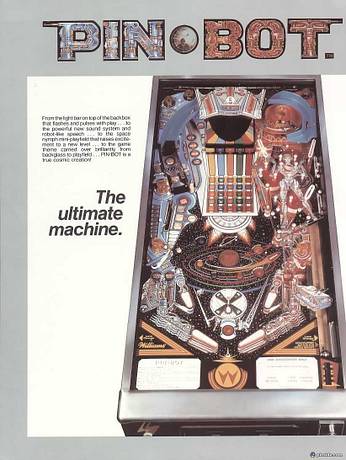 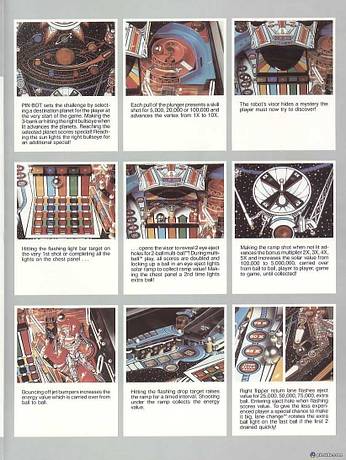 This game has received 459 approved Pinsider ratings and currently has a rating of 7.955 out of 10.

There are 247 rating comments for this game.

973 Pinsiders have this game in their collections.

741 Pinsiders have this game on their wishlist.

132 public locations known where you can play this machine.

We have seen this game for sale in the Pinside Market 261 times. The median asking price is $2,900

There are 1977 forum topics linked to this game, 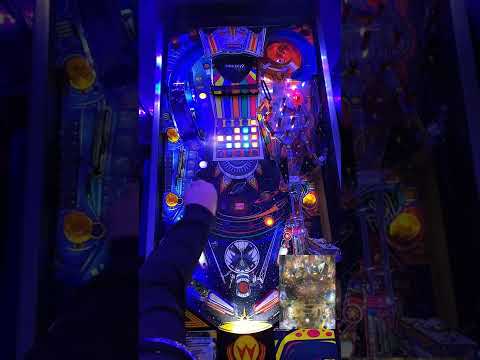