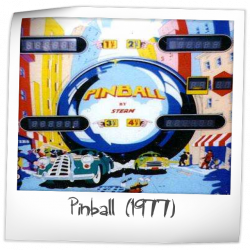 The Solid State version of Pinball by Stern, was made from September 6 to December 27 1977 with just 1,654 units made.

This was the first solid state machine produced by Stern Electronics Inc. and their first all original design after taking over Chicago Coin at the beginning of 1977.

The game ROM is shared with the following Stern release, “Stingray”, but with a very different playfield layout and target types.

The art and theme is based on an early-mid 1970’s advertisement for Chicago Coin’s Pinball division.

Some changes occurred during production including a switch from the early Bally solid state style backbox that had a door that hinged out the entire front frame and backglass together, to the standard locking backglass that conceals the door. 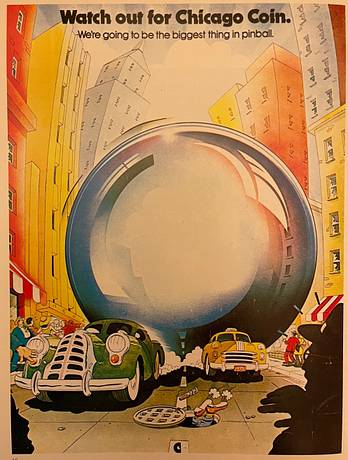 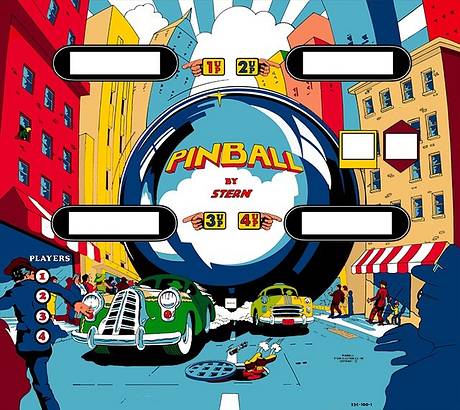 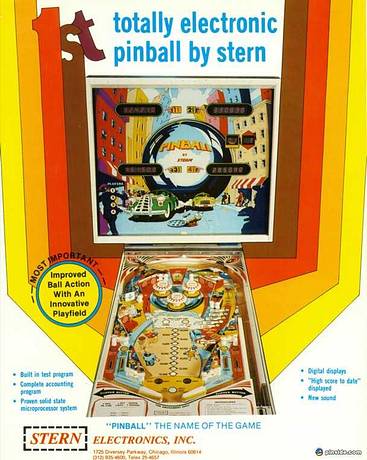 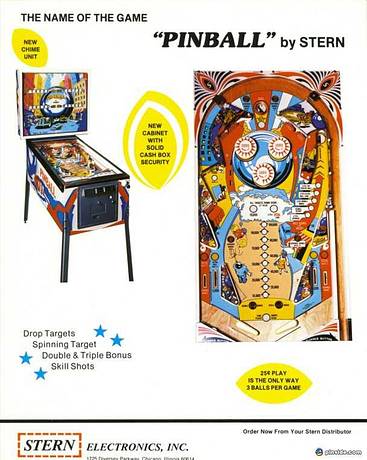 This game has received 6 approved Pinsider ratings. 24 more approved ratings are needed to get a rating and for it to be eligible for the Pinside Pinball Top 100 ranking.

26 Pinsiders have this game in their collections.

19 Pinsiders have this game on their wishlist.

We have seen this game for sale in the Pinside Market 15 times. The median asking price is $950

There are 83 forum topics linked to this game, 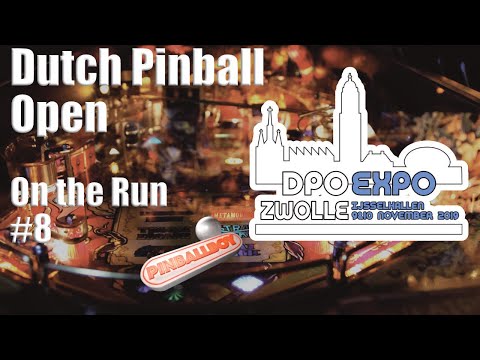