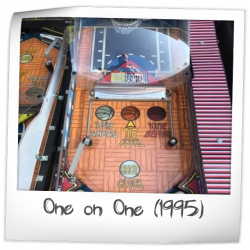 One on One is a head-to-head cocktail style game designed by Jon Norris in late 1995, and five prototypes were built in early 1996. The game was model C103, which followed Gottlieb's two previous cocktail-style games.

According to Norris, "The game was an arcade novelty game based on the existing arcade hoops style games where the object was to make as many baskets as possible during a timed game. It had an adjustable "Catch-Up" feature, where if one player fell behind by 10 points, their baskets would score more points."

The game never went into production because Gottlieb closed in July 1996. According to Norris, two of the prototypes were dismantled, and at least one game was seen at Gottlieb's liquidation auction. Two games were confirmed to be in private collections.

We have seen this game for sale in the Pinside Market once. The asking price was $6,000

“One on One” multimedia 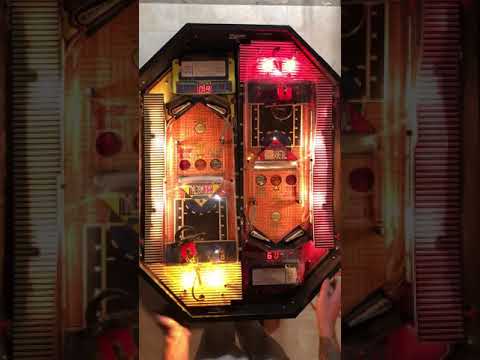