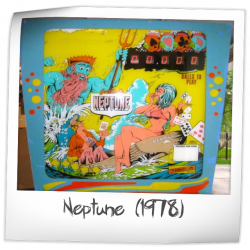 Gottlieb introduced Neptune at a time when Solid State games were becoming all the rage. Even though it is an electro-mechanical pinball machine, the mechanical reels are black with red letters. This was Gottlieb's attempt to give the EM machine a Solid State Look. Very few, 270, Neptunes were produced. It is the Add-A-Ball version of Gottlieb's "Hit The Deck". There is also an Italian version that features nudity that was produced by Giuliano Lodola.

This game has received 11 approved Pinsider ratings and currently has a rating of 7.750 out of 10.

There are 8 rating comments for this game.

32 Pinsiders have this game in their collections.

24 Pinsiders have this game on their wishlist.

7 public locations known where you can play this machine.

We have seen this game for sale in the Pinside Market 15 times. The median asking price is $3,200

There are 56 forum topics linked to this game, 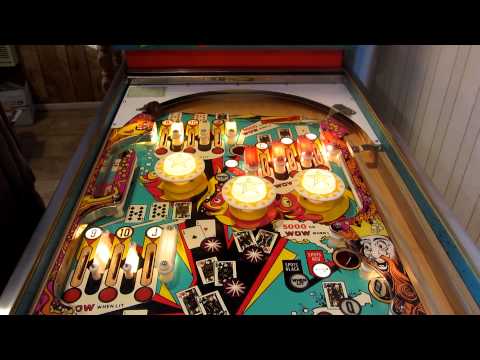