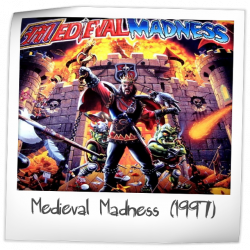 Medieval Madness, regarded by a major part of the Pinball-Community as the best Machine of all time, was manufactured in 1997.

Prototypes were released in March 1997. The serial-production ended in October-November of the same year.

According to Brian Eddy's interview in The Pinball Compendium, George Gomez helped with the mechanics on this game when a deadline was drawing near. 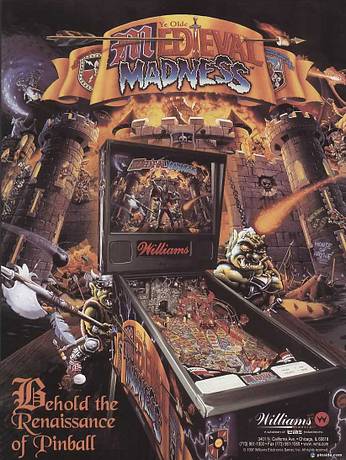 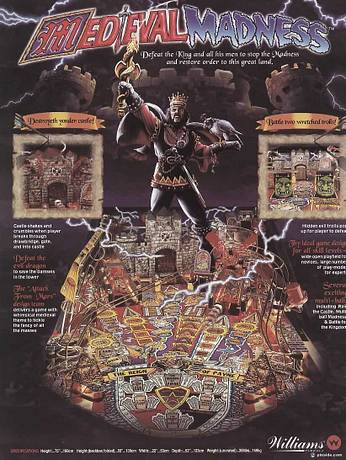 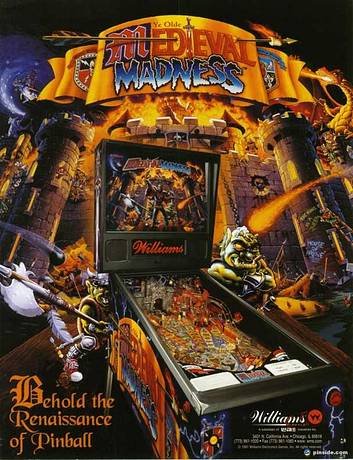 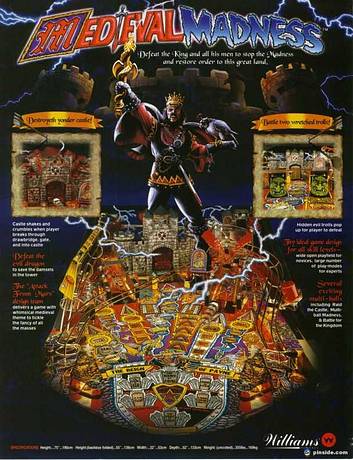 This game has received 1401 approved Pinsider ratings and currently has a rating of 8.893 out of 10.

This game ranks 1st in the game group "Medieval Madness". The group itself ranks #3 in the Pinside Pinball Top 100.

There are 803 rating comments for this game.

1079 Pinsiders have this game in their collections.

1629 Pinsiders have this game on their wishlist.

257 public locations known where you can play this machine.

We have seen this game for sale in the Pinside Market 150 times. The median asking price is $9,175

There are 2543 forum topics linked to this game,