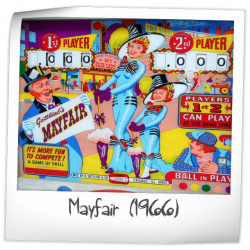 Mayfair is a pinball machine from July 1966, manufactured by D. Gottlieb & Co. The artwork on this game is identical to both Hyde Park, June 1966, for Italy and Hyde Park, August 1966, for USA. Together, they represent artist Roy Parker’s last games. They were released a year after his death.

This game has received 6 approved Pinsider ratings and currently has a rating of 7.781 out of 10.

27 Pinsiders have this game in their collections.

We have seen this game for sale in the Pinside Market 5 times. The median asking price is $900

There are 30 forum topics linked to this game, 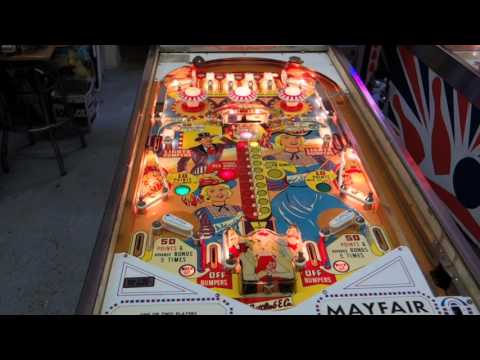