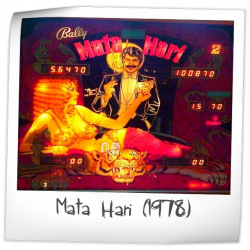 MATA HARI as SS-version was released in April 1978 and with a production-run of 16.260 it still ranks at #9 of the most produced Flippergames ever.

It was also released as an EM-version some months earlier. Only 170 of those were manufactured. This game has received 88 approved Pinsider ratings and currently has a rating of 7.341 out of 10.

There are 48 rating comments for this game.

285 Pinsiders have this game in their collections.

118 Pinsiders have this game on their wishlist.

46 public locations known where you can play this machine.

We have seen this game for sale in the Pinside Market 31 times. The median asking price is $900

There are 482 forum topics linked to this game, 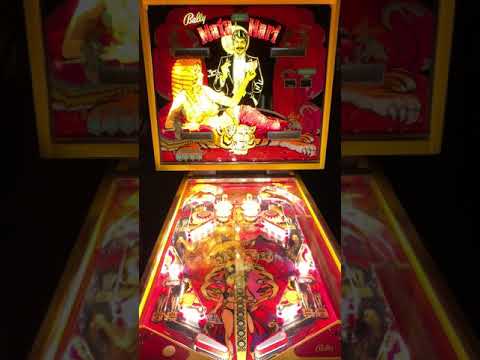