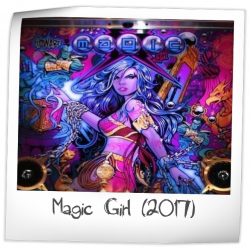 John spent more than 6 years and over a million dollars of pre-order money developing a working prototype. This included rent on a giant studio, capital equipment, playfield parts, cabinets, salary for himself and contracted employees. At the same time, he worked on 2 other "official" pinball projects (retro zombie adventure and alice in wonderland) which he also took pre-order money on. In May of 2015 he finally announced he was out of funding, and not only couldn't finish the magic girl prototype, he had no way of funding the manufacturing of them. One of his buyers (Bill Brandes) tried to make a deal where he would license the theme and find a way to manufacture them. Between various volunteers, they took one of the prototypes as far as they could in a few short weeks (which included getting the vacuum formed ramps completed) so it could be shown at the northwest pinball show. Not only did the shots not work so great (the mylared art was bubbling), but there was no ball search turned on, and many of the features were turned off since they weren't complete. On June 10th, Bill announced that after analyzing the status the prototype was in, and the immense amount of custom parts and mechs, that he could not move this project forward.

On February 14th, 2017 Both John and Scott sent out emails that the games would be ready for shipment. Reports are saying it plays exactly as it did at the northwest pinball show (which is to say most of the features don't work).

13 Pinsiders have this game in their collections.

45 Pinsiders have this game on their wishlist.

We have seen this game for sale in the Pinside Market 7 times. The median asking price is $25,000

There are 88 forum topics linked to this game, 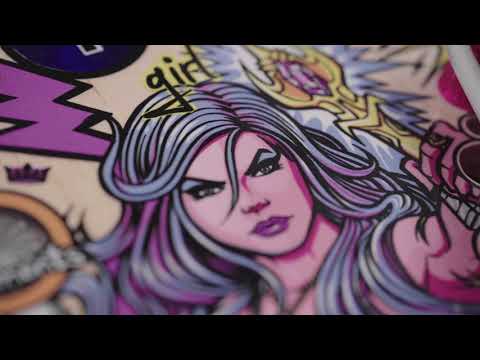