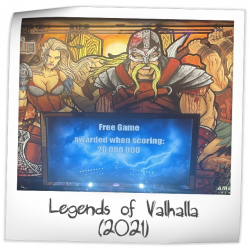 Legends of Valhalla, designed by Riot Pinball, is the 4th American Pinball title. Legends of Valhalla is an immersive pinball machine which brings the player into the world of the Norse gods and other Viking mythology. 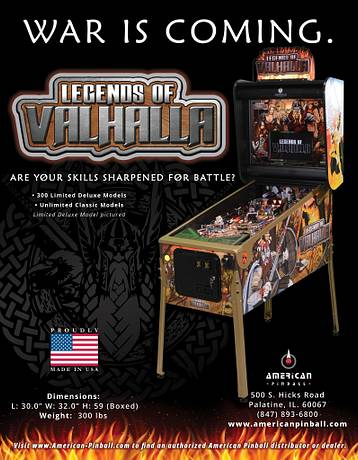 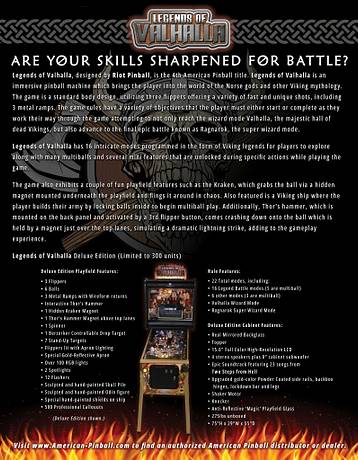 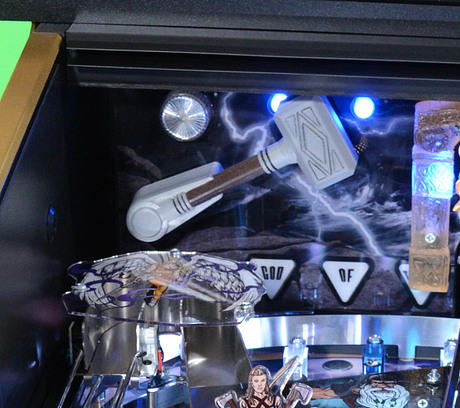 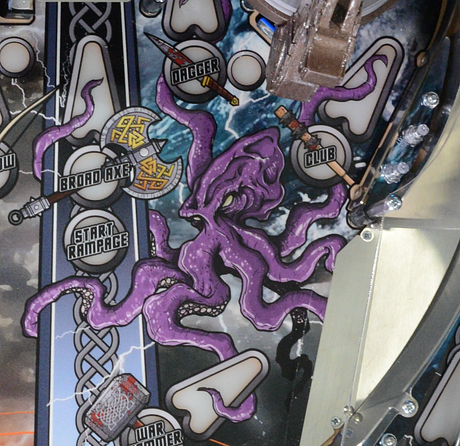 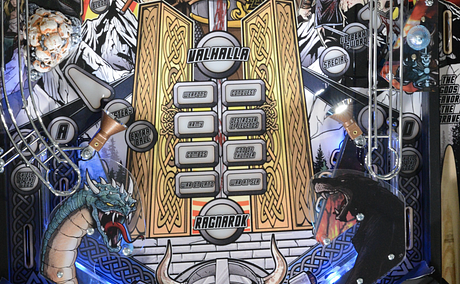 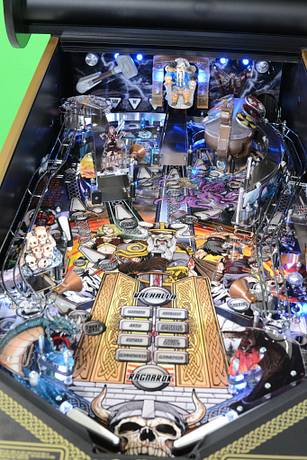 This game has received 77 approved Pinsider ratings and currently has a rating of 8.172 out of 10.

There are 33 rating comments for this game.

89 Pinsiders have this game in their collections.

61 Pinsiders have this game on their wishlist.

41 public locations known where you can play this machine.

We have seen this game for sale in the Pinside Market 39 times. The median asking price is $7,900

There are 25 forum topics linked to this game, 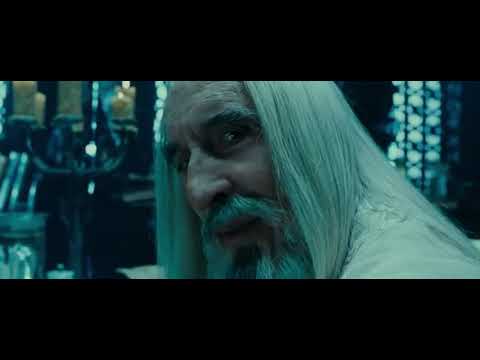