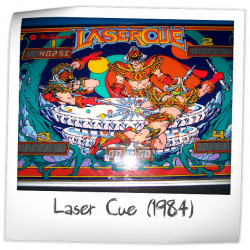 Williams Laser Cue is a four flipper game in 1984, and features an unusual “billiards in space”, science-fiction theme. The game is similar in layout to designer Ed Tomaszewski’s release four years earlier, Alien Poker. Despite Laser Cue being released years after speech had been perfected by Williams Electronics for their games, it features no speech chip. Instead, the game is equipped with a bell that rings when billiard balls are collected or extra balls achieved. The main bank of drop targets are individually controlled, and must be collected in the indicated order to remain dropped. Extra ball play guarantees the player twenty-five seconds of play time, serving all lost balls within that time back to the shooter lane. 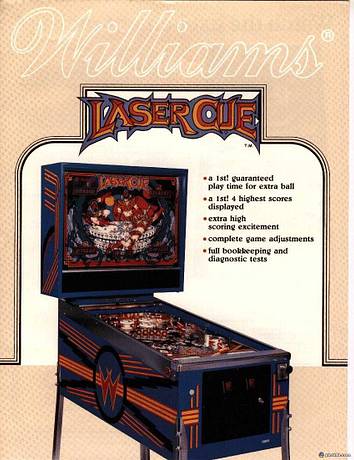 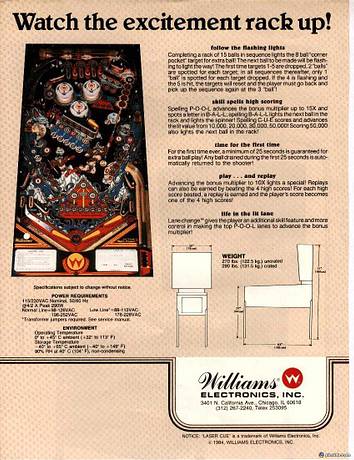 This game has received 42 approved Pinsider ratings and currently has a rating of 7.268 out of 10.

123 Pinsiders have this game in their collections.

68 Pinsiders have this game on their wishlist.

We have seen this game for sale in the Pinside Market 31 times. The median asking price is $1,800

There are 206 forum topics linked to this game, 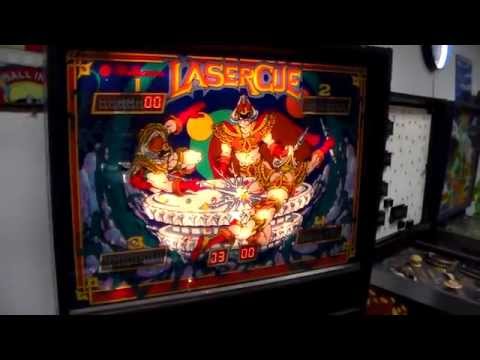