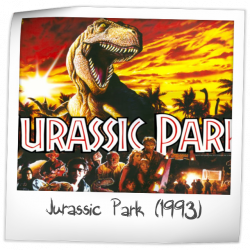 There are 228 ratings (that include a comment) on this game.
Currently showing results page 1 of 10.

Just picked up one recently and it is actually a really fun pin with great modes and wizard mode!

Very similar layout to The Addams Family so it's a fun game to shoot. Data East games do have their own personality, mostly due to their art style and audio design. Lots to do in this game and most of it fun. Modes are varied and well thought out. The main toy interacts with the ball in the best way imaginable. The Smart Missile is a great idea, allowing for more strategic play.

I love JP. And the machine payed tribute to the movie franchise. Worth adding to your lineup if you come across and nice example.
8.480/10
49 days ago
MAM

I simultaneously want to press the start button again and again, as well as smash this game with a baseball bat every time I turn it on and play. I can't count the number of times I've angrily shut it off with a few choice swear words about John Hammond's mother and a desire to sell this game. The "unofficial" code update made this game infinitely more playable. Theme, music, and integration are all top notch, with plenty of different objectives to keep each game interesting.

I own this pinball machine. It is a lot of fun to play! The children all love how the TRex eats the pinballs! I can play this game for hours. It does experience a lot of issues from time to time (TREX, the solenoid that shoots the ball back at you, and it takes forever to boot up when first starting the machine). Also, the feature where need to load the missle after the first ball is confusing and I still not certain what the advantage is. Overall, it is a great machine and I can play it for hours!
8.328/10
3 months ago
CCR

You can't go wrong with a T-REX eating your ball

It's a fun game, but shows its age

This was almost my first machine but made the lineup later on. I would love to have this game again. A great machine that themed well into the movie. The T-Rex eating the ball is a classic but once you've played the machine enough times you just want to get on with the multiball feature. Plenty of challenges with lots of multiball expansions which I like.
6.011/10
5 months ago
RAD

I sold my JP before updated ROMs and pinsound were available. The game was too linear and repetitive and the sound and background music were grating. It was always exciting for new players but not great for a small home collection

DumbRecords has owned this game in the past.

Great Data East machine. Captured the original movie great. Can still pick these up at a good price. Mine got 40 hours work including new LED’s, plastics and a much needed clean. The Trex is cool. I also have the new Jurassic Park premium next to it and they go great together. I love this hobby!!!

zatname has owned this game in the past.

A decent game that is fun to play but is slightly held back by a less than ideal layout. The rules are good with two goals (Dinosaur multiball or System Failure). The Smart Missile is a nice feature. If you find a well preserved, quality example, it's a fun play.

JP is a classic. It had the best pinball toy ever, awesome animations (especially with a color dmd), fun shots, and a great theme. It us easily one if the best Data East games, and one of the best of its era.

Daditude edited previous rating on August 22, 2020.
Daditude has owned this game in the past.

For the money, I think this is the best pin you can buy. I love the rules set. This game is a challenge every time I play. Great modes, cool t-Rex toy, and classic theme.

Very weak in comparison to Elwin’s Jurassic park in my opinion. I played this game at Houston arcade expo was pretty bored by 3 plays. Do I think this gam is bad? No but I would play most other games before this one.

Love it! T-rex eating the ball?!?!?! Crazy fun! Love all the different multi-balls. Put in Chad's code which has made a lot more fun. Add some pinstadium lights and wow! The playfield really pops!

As a fan of Data East I was shocked.. this game is a clunker.

Like a pretty girl you first meet who is pleasing to the eye but when she starts talking is revealed as being vapid and shallow. The cab art is sparse but fits the theme, ditto for the backglass and playfield art which is one of DE better efforts. Call outs & music were good as are the animations. Toys? The T-rex is an iconic toy and well done! I thought the raptor pit also an interesting feature which brings us to the negative part of the review. ..

The game was a clunker and really felt like it didn't have an ounce of flow too it. The raptor pit? While a cool shot heaved the ball into the center drain 50% of the time. Not cool at all. I really wanted to like this game and add it to my collection but after several games left with cash in my pocket, didn't even bother to make an offer. The game looked to be in excellent condition, well leveled etc but just wasn't fun to play. After the forth game I was more than ready to leave. If I see one again I'll give it a shot but I think this one is long on theme, toy and nostalgia and short on gameplay. A rare misfire by DE.

Edit: Since this review I have picked up a JP and have revised my review slightly. The game still feels clunky to me but better than my initial assessment after several dozen games.

Grat theme and good playfield, but too similar with The Addams Family (same ramps and shots)

Great game. System failure is a great wizard mode. Trex eating the ball is one of the best toys of all time. Timmy getting electrocuted on the screen is awesome.

Got this game thinking it was going to be a forever title but after less than a year it is starting to get a little old. T-Rex toy is fantastic. Raptor kick back is awesome. Decent ball times and not a drain monster. New code definitely adds a lot.
8.653/10
1 year ago
TOM

The original JP- the ball eating dino still stands out to me as one of the best mech toys.

Don't know why I don't like this one more. Something about the playfield lay out. The T_rex multi ball function is great. The T-rex head is great. The music is decently well done. But usually into my 1st, 2nd, or 3rd game and i'm bored.

Such a killer game, don't ever let the name DATA EAST scare you away from this pin, Jurassic Park is action packed from the second you hit the start button. Lots of modes, a great skill shot by pulling the trigger on the gun to try and shoot T-Rex on the dmd screen, sound effects and music from the movie is spot on, this theme nails it in every aspect of the movie! And maybe one of, if not, the greatest toys in all of pinball, the T-REX that moves side to side and comes down to eat and swallow your ball! So cool! This is a game that suits all genres of players, and is just an all-out fun game you can enjoy with friends and family, including the kids. I played a lot of Twilight Zone, and although yes, an amazing game, I have just as much fun, if not more, than twilight zone, and that game is ranked in the top 5! I personally think Jurassic Park is way underrated, and deserves to be atleast in the top 50, if not better.

Now I'd say every pinball has something you could pick apart, and on this one, I'd have to say the cabinet is pretty plain and boring but still stays true to the Jurassic park theme, and the original lighting on the playfield is pretty weak and some upgraded LEDs is a must.. But other than that, it's a very good game that will continue to go up in value as more people come realize just how good this game is.

ccope247 has this game on the wishlist.