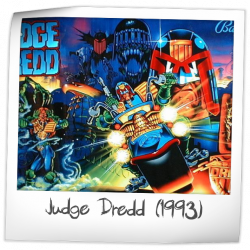 This machine was designed by John Trudeau and released by Bally in 1993. The machine takes inspiration from the British Judge Dredd comic books that increased in popularity during the early 90s. Also featured in the machine was a rotating Deadworld model that could capture the ball, and a unique gameplay mechanic called "SuperGame" - featuring 4 unique modes, a unique 6-ball multi ball, and a 100 million Super Shot attainable within the latter. 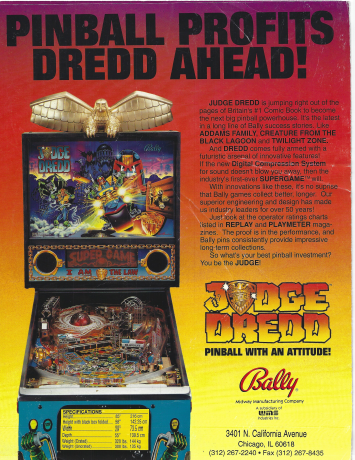 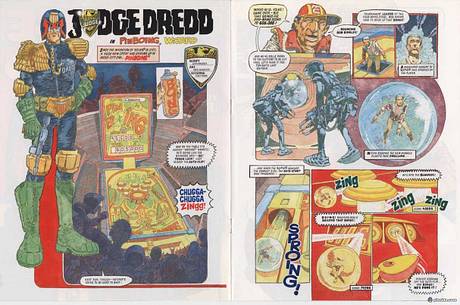 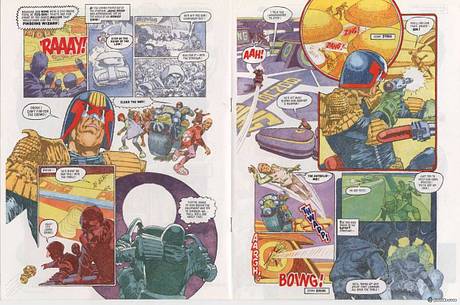 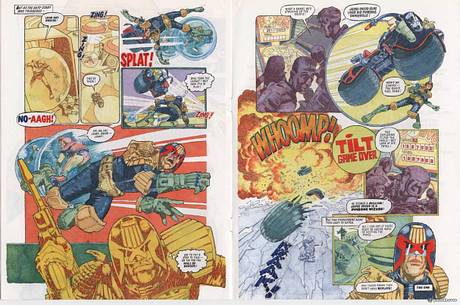 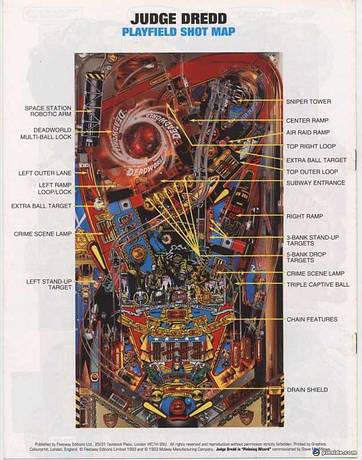 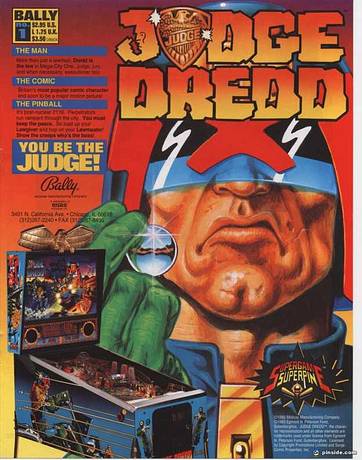 This game has received 494 approved Pinsider ratings and currently has a rating of 7.941 out of 10.

There are 257 rating comments for this game.

824 Pinsiders have this game in their collections.

561 Pinsiders have this game on their wishlist.

114 public locations known where you can play this machine.

We have seen this game for sale in the Pinside Market 236 times. The median asking price is $3,300

There are 2137 forum topics linked to this game, 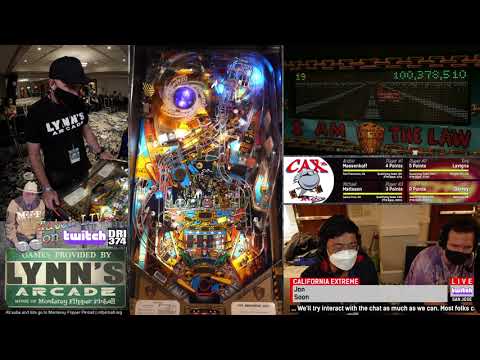