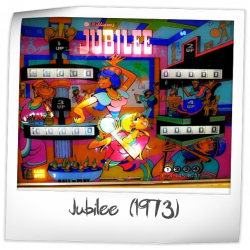 This machine from 1973 gets a lot of hate nowadays, but no one should forget it was a huge seller for its time and the average players loved it.

The name JUBILEE meant that it was 30 years ago when Harry Williams founded his own company.

The playfield was an updated version of "WHOOPEE" from 1964, a machine that was very popular in France and Germany. The 2 lower bumpers were replaced by 2 rollover-buttons by distributor's demand so the ball could be shot more easy back to top.

Like it or not, JUBILEE was a huge success and believe it or not, with a production-run of 7,303 it became the #1 best-selling Williams-machine to date.

There also were an identical Two-Player, DARLING (3,677 units) Single-Players with different themings plus some licensed versions from Spain. 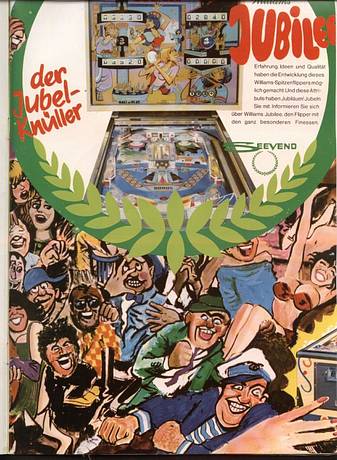 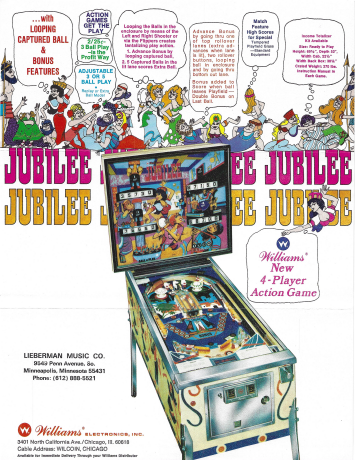 This game has received 18 approved Pinsider ratings and currently has a rating of 6.578 out of 10.

There are 12 rating comments for this game.

53 Pinsiders have this game in their collections.

We have seen this game for sale in the Pinside Market once. The asking price was $1,000

There are 74 forum topics linked to this game, 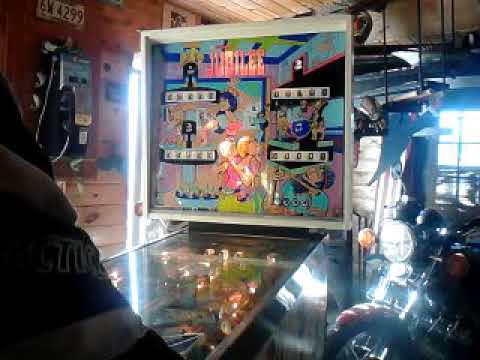