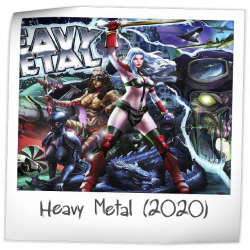 The Heavy Metal pinball machine commemorates the 300th issue of Heavy Metal, which has been running since 1977 and inspired the 1981 animated movie of the same name. An exclusive variant cover edition of issue 300 will be included with every machine. Heavy Metal is working with Incendium as a premier licensing partner to align with premium brands and their products.

“Sci-fi, fantasy, horror, and metal collide in this first-ever pinball machine. This is our most ambitious Heavy Metal product yet. We couldn’t be more proud of the result and we’re hugely grateful for the support from Stern Pinball and Heavy Metal in bringing this amazing machine into existence,” said Llexi Leon, CEO of Incendium.

“Gamifying The Heavy Metal ethos into this timeless machine is a testament to Incendium’s understanding of Heavy Metal’s vision. I couldn’t be more excited about this product, and all of the other speciality items we have on our upcoming slate.” added Matthew Medney, CEO of Heavy Metal.

The original art created for the Heavy Metal pinball machine art pays tribute to characters and worlds from the magazine’s storied history. New additions from its upcoming publications join this shared universe for the first time. Gameplay revolves around the warrior heroine, Taarna and the undead tailgunner, Nelson. Both, will speak for the first time ever, supporting the in-game narrative.

Correction update: Only 100 Stern Heavy Metal Pinball Machines of the 300 scheduled to be produced were ever made.

9: At The Edge Of Time – Blind Guardian

This game has received 10 approved Pinsider ratings. 20 more approved ratings are needed to get a rating and for it to be eligible for the Pinside Pinball Top 100 ranking.

37 Pinsiders have this game on their wishlist.

We have seen this game for sale in the Pinside Market 8 times. The median asking price is $11,000

There are 7 forum topics linked to this game, 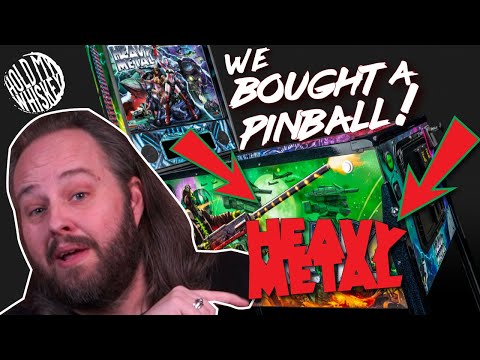