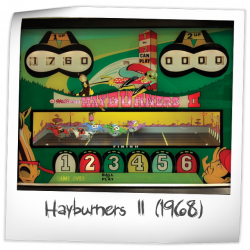 Hayburners II is one of a few Horse-Race-Pinballs that Williams made from the 50ies until the 70ies.

This one was presented in August of 1968 and it was the very first Machine with 3-INCH-FLIPPERS, then called KING-SIZE-FLIPPERS. They soon became standard and look the same to this day.

Other Companies designed their own 3-Inch-Flippers with a rounder Tip but it was exactly this Williams-Design invented by Norman Clark which stood the Test of Time.

In the case of Hayburners II there was also some sort of closing-Flipper-Action.

This game has received 6 approved Pinsider ratings and currently has a rating of 7.973 out of 10.

40 Pinsiders have this game in their collections.

We have seen this game for sale in the Pinside Market 7 times. The median asking price is $675

There are 35 forum topics linked to this game, 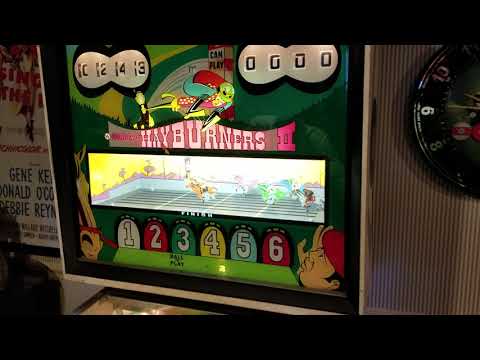