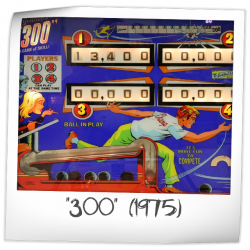 "300" (the exact machine name includes the quotation marks) is a pinball machine designed by Ed Krynski and produced by Gottlieb with a bowling theme. The title is a reference to a perfect game in the sport, in which a bowler scores 300 points. 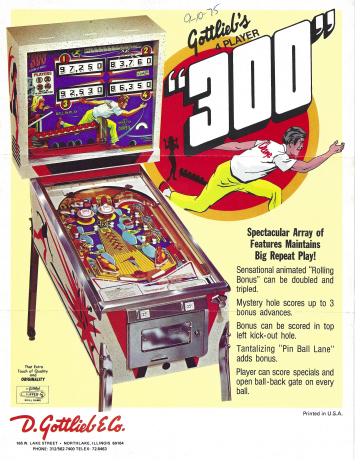 This game has received 20 approved Pinsider ratings and currently has a rating of 7.618 out of 10.

107 Pinsiders have this game in their collections.

We have seen this game for sale in the Pinside Market 11 times. The median asking price is $725

There are 130 forum topics linked to this game, 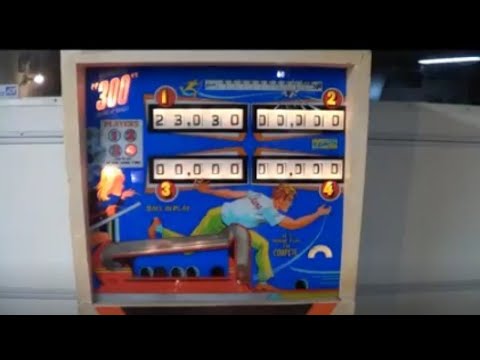