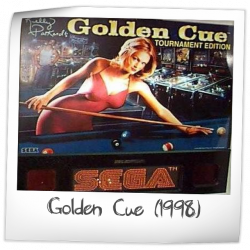 Golden Cue was designed in June 1998 and presented at the ATEI-London in January 1999 at the same time with the first Pinball-2000-models.

It didn't reach serial-production, and when Sega transformed to Stern-Pinball it came to new life as Sharkey's Shootout in 2000. 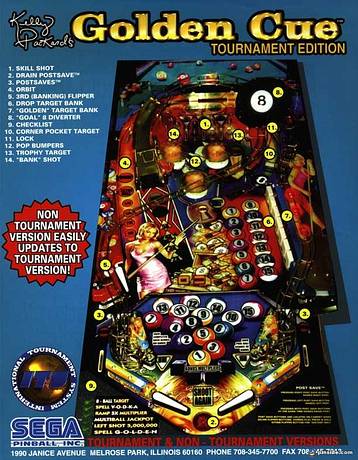 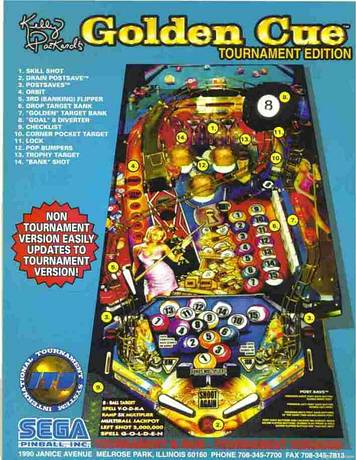 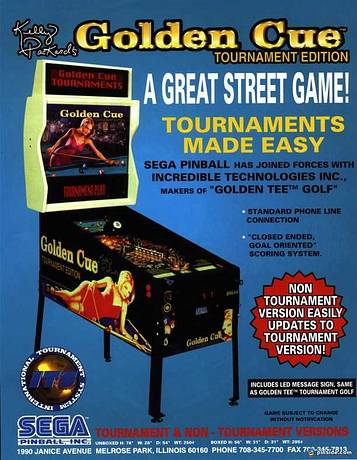 This game has received 2 approved Pinsider ratings. 28 more approved ratings are needed to get a rating and for it to be eligible for the Pinside Pinball Top 100 ranking.

We have seen this game for sale in the Pinside Market 2 times. The average asking price is $4,450

There are 16 forum topics linked to this game, 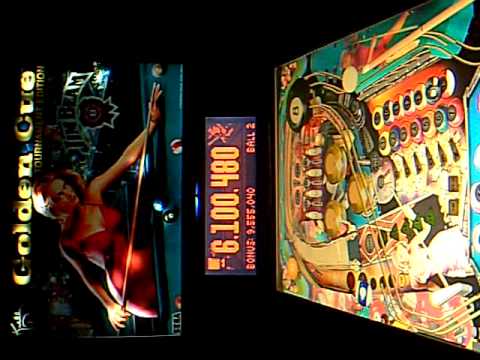