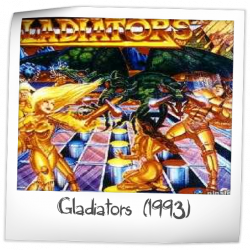 The player is an armor-clad warrior in a featureless abstract cyberscape, where the goal is to survive the six rounds of the Battle Pyramid. Drop off the swinging Catapult crane into the pit, bring down the Rain of Terror, slingshot around the upper playfield ramp, and build up the Cataclysm bonus. Synchronize the left and right sides for Attack Mode, advance the WEAPON and DOUBLE powers for greater scores, then spell M-U-L-T-I to start a two-ball multiball. If you can survive the Pyramid, proceed to the Beast Challenge and behead the three-headed monster, and become recognized as a Beast Slayer.

Originally intended to be a pinball based on The Legend of Zelda, to be released after the Super Mario Bros. and Super Mario Bros. Mushroom World tables. Midway through development, Gottlieb had an agreement for the American Gladiators license on the condition that they have a game released quickly. This pin was rethemed and reprogrammed to match, but the deal fell through; without time to revert the game to Zelda, it was decided to release it as Gladiators 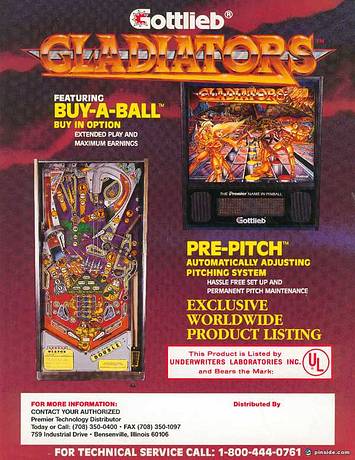 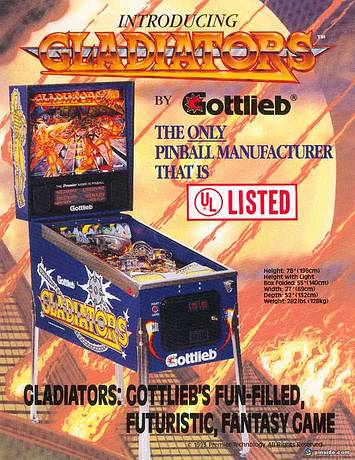 This game has received 70 approved Pinsider ratings and currently has a rating of 7.329 out of 10.

There are 45 rating comments for this game.

105 Pinsiders have this game in their collections.

83 Pinsiders have this game on their wishlist.

30 public locations known where you can play this machine.

We have seen this game for sale in the Pinside Market 17 times. The median asking price is $2,175

There are 228 forum topics linked to this game, 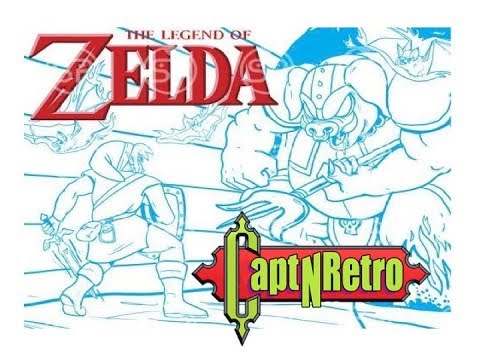